The likely presence of PM Narendra Modi and Union Home Minister Amit Shah in the meeting is significant and hints at the party gearing up for the state assembly elections, whose schedule will be finalised by the Election Commission 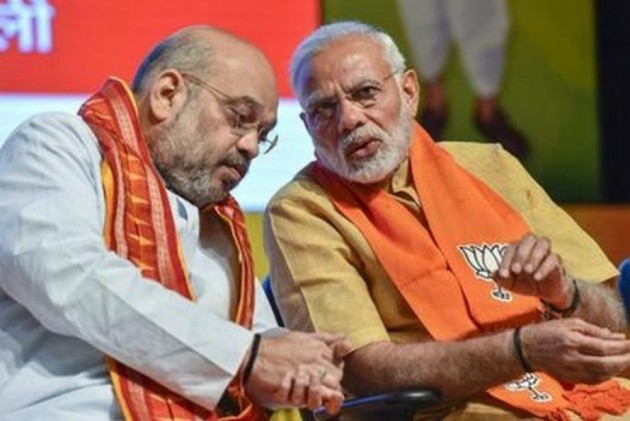 Prime Minister Narendra Modi is expected to attend a meeting of BJP's Jammu and Kashmir core group called in New Delhi on Tuesday, with top party leaders, including its chief Amit Shah, set to discuss political atmosphere and party's preparedness for assembly elections whenever they are held, sources said.

The likely presence of Modi and Shah in the meeting is significant and hints at the party gearing up for the state assembly elections, whose schedule will be finalised by the Election Commission after it receives a go-ahead from the central and state governments on law and order situation.

Tinkering With Article 35A Will Be Like Setting Powder Keg On Fire: Mehbooba Mufti

NIA Carries Out Four Raids In Jammu And Kashmir's Baramulla

Anxiety Grows In Valley After Centre's Decision To Move 10,000 Extra Troops To J&K

Earlier, Madhav, who is the party's pointsman for Jammu and Kashmir, had urged the Election Commission to hold polls in the state this year.

The state BJP has asserted that it is ready for elections anytime, with its general secretary Narinder Singh saying that there is still enough time left for the EC to hold polls this year.

In 2014, the state polls were held in November-December.

Jammu and Kashmir is currently under President's Rule. It was extended for one more term of six months beginning July 3.