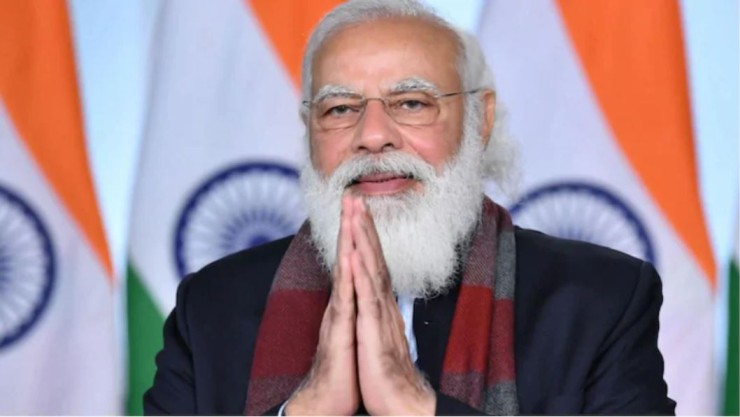 Modi will also inaugurate and lay the foundation stone of Kedarpuri reconstruction projects worth Rs 400 crore during his visit.

He will also inaugurate the rebuilt 'samadhi' of Adi Guru Shankaracharya besides unveiling a grand statue of the 8th century seer at the temple during his visit which will be telecasted live.

The samadhi of Adi guru Shankaracharya was damaged in the 2013 deluge at Kedarnath.

Meanwhile, the BJP has planned grand programmes across the country for cultural renaissance on the day, the party’s general secretary Tarun Chugh said.

Terming the occasion as “historic”, Chugh said Modi will also unveil a statue of Shankaracharya, one of the most revered Hindu saints and theologians who is credited with reviving the religion.

In view of Modi's historic visit to Kedarnath, BJP president J P Nadda has planned grand cultural renaissance programmes across the country, including at four dhams, 12 jyotirlingas and 87 prominent temples along the routes taken by Shankaracharya during his travels, Chugh said.

"These programmes will be held with an aim to keep the cultural heritage of the country intact and make all people of the country aware of it. The prime minister's visit to Kedarnath will give new dimension to spiritual consciousness of the country," he said.

Many senior leaders of the party, including its chief Nadda, will also attend these programmes, he said.

He added that large screens will be installed at all these places to facilitate public viewing of the prime minister's event.

Arrangements have also been made at various Shiva temples across the country for public viewing of Modi's "historic programme" in Kedarnath, the party leader said.

The Shankaracharya's samadhi was destroyed during the 2013 Uttarakhand floods and has now been reconstructed.

The programme assumes significance as the hill state of Uttarakhand, along with Uttar Pradesh and other three states, is heading for assembly polls early next year. (With PTI inputs)