An IANS-CVoter Poll dated May 31 also shows that 25.74% of those polled were "satisfied to some extent" while 18.17% were "not at all satisfied" with the BJP government. 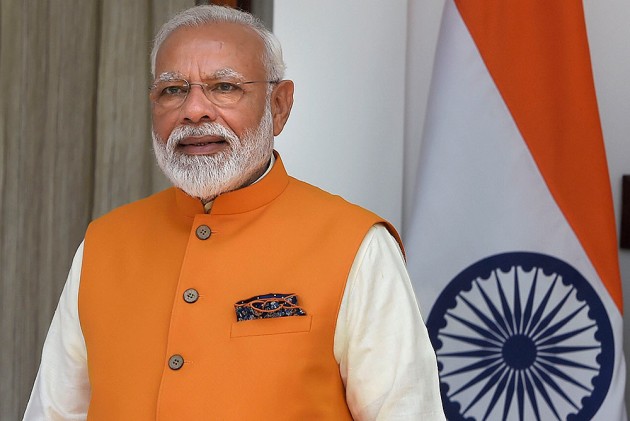 Almost 49% of respondents, highest since February 26 when Indian airstrikes targetted Balakot, to a survey have said they were "very much satisfied" with the Narendra Modi-led government at the Centre.

An IANS-CVoter Poll dated May 31 also shows that 25.74% of those polled were "satisfied to some extent" while 18.17% were "not at all satisfied" with the BJP government.

Compare this with the IANS-CVoter tracker against the backdrop of the Balakot air strikes which dramatically changed the discourse of the general elections and turned the tide emphatically in favour of the BJP.

From a nationwide satisfaction level of nearly 40% earlier, the Balakot air strike gave an emphatic push to Modi's approval numbers.

While nationwide approval for Modi has remained consistently high since then, it has touched new highs now.

The latest poll for May 31 also shows some interesting details -- satisfaction levels with the Modi government are among the highest in opposition-ruled states where the BJP did well in the recent Lok Sabha polls.

The satisfaction level with Modi in percentage terms has been consistently in the upper 40s for a while and has been reaching new highs since the declaration of the Lok Sabha results on May 23.