‘PM of RSS Lying To The Nation’: Rahul Gandhi on Modi’s ‘No Detention Centres’ Remark

Rahul Gandhi attached a news video report from Assam's Matia showing barrack-like constructions apparently for use as a detention centre for refugees that is being built at an estimated cost of Rs 46 crore. 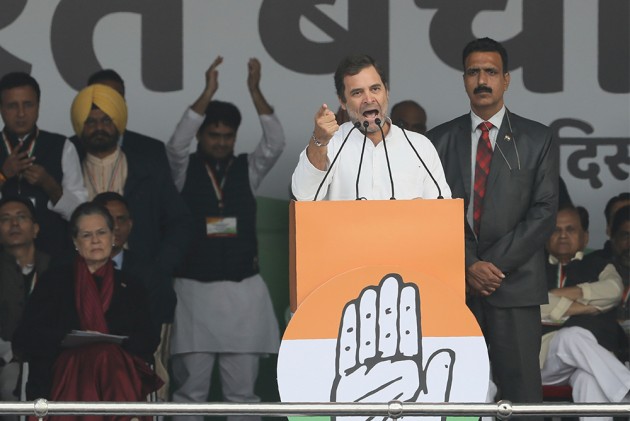 Former Congress President Rahul Gandhi on Thursday took a swipe at Prime Minister Narendra Modi over his remarks that no detention centre was being constructed in Assam's Matia and said "the Prime Minister of RSS (Rashtriya Swayamsevak Sangh) is lying to the nation".

In a tweet, the Congress MP from Kerala's Wayanad said: "The Prime Minister of Rashtriya Swayamsewak Sangh (RSS) is lying to the nation."

Rahul Gandhi attached a news video report from Assam's Matia showing barrack-like constructions apparently for use as a detention centre for refugees that is being built at an estimated cost of Rs 46 crore.

In the foreground of the buildings, the video features a social activist named Shahjahan Ali saying that the camp is being built in Matia at an estimated cost of Rs 46 crore and that the Prime Minister is lying in this regard.

The video also shows Modi saying that the "Congress and the urban naxals" are spreading rumours and misinformation that a detention camp is being built in Assam, which is a falsehood being spread with wrong intent to destroy the country.

Modi can also be heard saying that information being spread by the Congress party in the matter are "lies, lies, lies."

Protests are taking place nationwide against the controversial National Register of Citizens (NRC) and the Citizenship (Amendment) Act (CAA). Many protesters have been killed in police firing across the country where the protests turned violent.