The officers were interrogated in a BSF camp in Ferozepur by a three-member committee constituted by the Ministry of Home Affairs after an incident of a lapse in PM's Modi's security in Punjab on Wednesday. 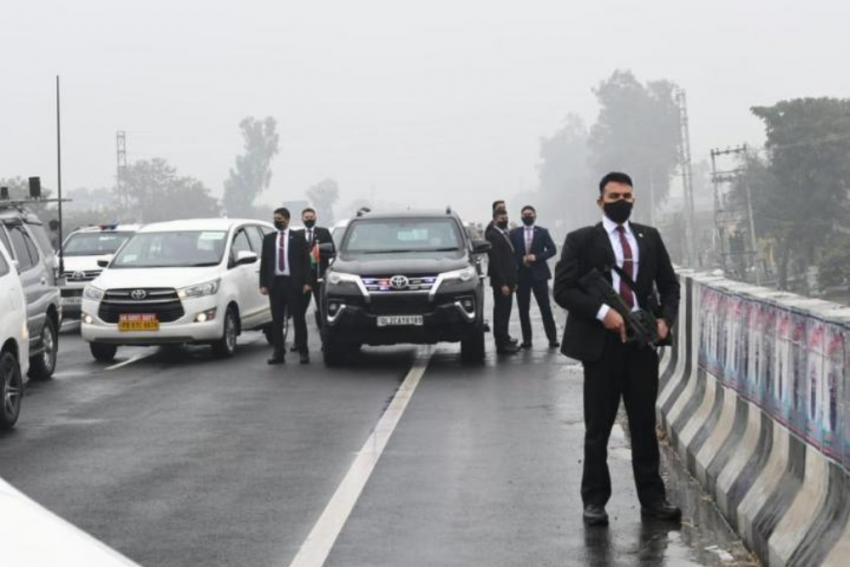 The central team, which arrived to investigate the security lapse during Prime Minister Narendra Modi's visit to Punjab on Wednesday, summoned 13 senior police officers, including Punjab Executive DGP Siddharth Chattopadhyay. The officers were interrogated in a BSF camp in Ferozepur by a three-member committee constituted by the Ministry of Home Affairs(MHA). The team reached Punjab on Friday noon, including Joint Director of Intelligence Bureau (IB), Balbir Singh, Security Secretary Sudhir Kumar Saxena and IG of Special Protection Group (SPG), Suresh.

Earlier, the Joint Secretary Security Government of India had written a letter to Punjab Chief Secretary Anirudh Tiwari asking him to ensure the attendance of all these officers in Ferozepur on Friday. It was also said in the letter from the Center that if needed, other officers can also be called apart from these.

“The central team first reached the same place where PM Modi's convoy had stopped. After this, the team went to the BSF camp in Ferozepur to interrogate top officials of Punjab Police," a senior Punjab Police official told Outlook. "The team officials are also interrogating the police personnel who were posted at the jammed place in front of the convoy on Wednesday. The team also reached Hussainiwala where Prime Minister Narendra Modi was to reach on 5 January," he added.

The investigation is focusing on five main aspects:

1.Where PM Modi's convoy had stopped, the team saw what kind of conditions were around that flyover?

2. How far were the protesters from the PM's car?

3. How many police were stationed there during this time?

4. What are the villages around the spot of the incident?

5. How far is the border of Pakistan away from the spot where the PM convoy had stopped?

The Punjab government has registered a case against 150 people for stopping the PM's convoy. However, no names have been mentioned in the FIR. A case has also registered in the Kulgarhi police station against those who blocked the PM’s convoy near village Piareana flyover on Moga-Ferozpur road.

While speaking to the media yesterday, Bharatiya Kisan Union (Krantikari) Chief Surjit Singh Phool admitted his group’s role in the PM's security lapse incident in Punjab. “SSP Ferozepur asked us to vacate the road saying that the PM was going to the Ferozepur rally venue by road, we thought he was bluffing”, Surjit Singh said. It must be noted that Surjit Singh Phool's union was blacklisted by the UPA government in 2014 for their links to a banned Maoist organization.

Apart from the Center's probe panel, the Punjab Government has also constituted a two-member investigation team, which includes retired Justice Mehtab Singh Gill and State Home Secretary Anurag Verma. Though the Supreme Court on Friday asked Punjab and the Center to put on hold the enquiries of its respective committees till Monday, the first report of the investigation by the Punjab committee has been sent to the MHA on Friday. The report states that the central security agencies were informed in advance about the situation in Punjab.