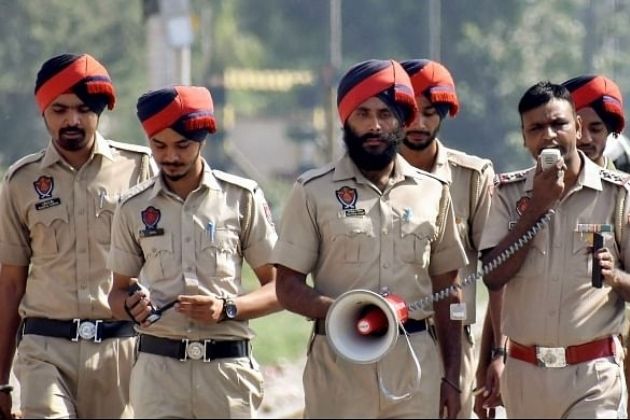 Just ahead of the announcement of the Punjab Assembly elections on Saturday, Chief Minister Charanjit Singh Channi gave the green signal for the appointment of a new Director-General of Police. The decision came in the wake of Prime Minister Narendra Modi's 'security lapse' fiasco during his recent visit to Punjab.

The 1987 batch IPS officer Viresh Kumar Bhawra has been appointed as the new DGP. Acting DGP Siddharth Chattopadhyay has been removed from the post in the midst of questions and accusations of negligence surrounding the incident near Ferozepur on Wednesday.

After assuming charge, the newly appointed said that with Punjab Assembly Elections 2022 around the corner, Punjab Police will ensure the smooth conduct of elections. Speaking to the media, Bhawra said that Punjab Police will also ensure that elections are being conducted in an inducement-free manner. Bhawra said that his focus would be on eradicating the drug menace and terrorism from the state. He added that "people-centric policing" and public service delivery are among his top priorities.

Along with Siddharth Chattopadhyay, the SSP of Ferozepur Harmandeep has also been removed. Both the SSP as well as DGP Chattopadhyay, were under questioning regarding the security lapse during PM Modi's visit to Ferozepur on Wednesday when his convoy was tapped for nearly 20 minutes on a flyover due to protesting farmers. The central government team also accused the state police of not making adequate security arrangements for the PM. Chattopadhyay is retiring on March 31, 2022

Meanwhile, Narinder Bhargava has been appointed as the new SSP in Ferozepur. The PM's convoy was "trapped" at a flyover in Ferozepur for about 20 minutes. During that time many people had apparently reached near the convoy as seen in some vial videos on social media. Following the incident, the Prime Minister had asked the officials at the Bathinda airport to tell Punjab CM Channi that he had reached the airport alive.

The incident has led to a political slugfest in the poll-bound state.

On January 4, the Union Public Service Commission had sent a panel of names of three officers for the appointment of permanent DGP in Punjab. If sources are to be believed, even after a long discussion on this matter between CM Channi, Deputy CM Sukhjinder Randhawa, Chief Secretary Anirudh Tiwari and Principal Secretary of Home Department Anurag Verma till 1 pm on Thursday and Friday, the appointment of the DGP was un-decided. It was Saturday afternoon when Chief Minister Channi finally signed off on Bhawra's nomination.

The UPSC panel consisted of 1987 batch IPS Dinkar Gupta and VK Bhavra along with 1988 batch Prabodh Kumar. Dinkar Gupta had already written to the Home Department that he was not interested in becoming the DGP.  Meanwhile, Prabodh Kumar was already out of the list of 'favourites' for not taking effective action in the sacrilege case. Both Dinkar Gupta and Prabodh Kumar had expressed their desire to go to the central deputation.