The Economic Offences Wing earlier this month registered a case against the Wadhawans and top officials of the PMC Bank for allegedly causing losses to the tune of Rs 4,355.43 crore to the bank. 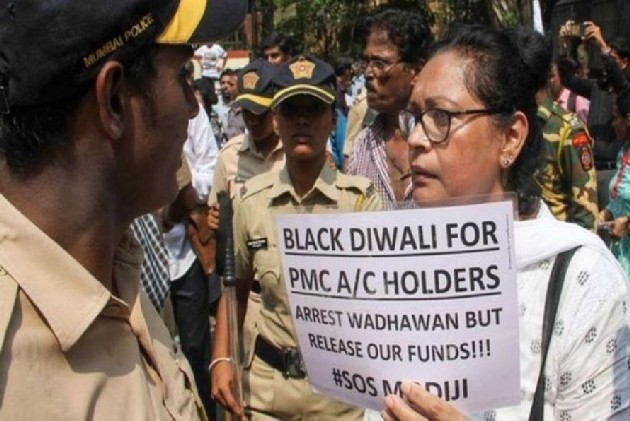 HDIL promoters Rakesh Wadhawan and his son Sarang, arrested in connection with the Rs 4,355 crore Punjab and Maharashtra Cooperative (PMC) Bank scam, were sent to the Enforcement Directorate custody by a special court here on Friday.

The duo had been arrested by the Economic Offences Wing (EOW) of Mumbai Police in connection with the case earlier this month.

The ED took custody of Wadhwans and brought them to the ED office for questioning here, an official said.

ED's counsel Kavita Patil told the court that the Wadhawans were the actual beneficiaries of the proceeds of the crime and their interrogation is required to track the money trail.

Huge amount of public money has been siphoned off and their interrogation will reveal the crucial facts, the ED said.

Defence lawyer Amit Desai submitted that every effort was being taken by the group (HDIL) to find a solution to the bank's problems before the Wadhawans were arrested.

He told the court that the HDIL had huge land assets with the bank as security and they were ready to bring in more (assets) so that the bank remains secure.

"Our desire is to repay," the lawyer said.

He claimed that the falsification of documents, which the probe agency has been alleging, happened in the books of the bank and not at their end.

"Impression is being created that we siphoned off the money to lead a good life," the lawyer added.

The ED case under the PMLA is based on an FIR filed by the EWO of Mumbai Police.

The EOW earlier this month registered a case against the Wadhawans and top officials of the PMC Bank for allegedly causing losses to the tune of Rs 4,355.43 crore to the bank.

The EOW alleged that the bank management, in cahoots with the Wadhawans, concealed from the banking regulators' scrutiny huge loan defaults by the HDIL group firms.

The bank officials replaced 44 loan accounts of the HDIL with 21,049 fictitious accounts to camouflage huge loan defaults by the real estate group, it said.

The ED and Mumbai Police case is against former bank management and promoters of the HDIL. Besides the father-son duo, police have arrested bank's former director Surjit Singh Arora, former managing director Joy Thomas and former chairman Waryam Singh in connection with the scam.