54 Cases, 426 Murdered And None Convicted: How Police, Judiciary Ensured 1984 Rioters Are Not Punished

The SIT concluded that the “lack of interest shown by the police...” during the early stages and the manner in which judges “routinely” handed out acquittals to accused ensured that “there is no possibility of further investigation” in any of the 199 cases it scrutinized. 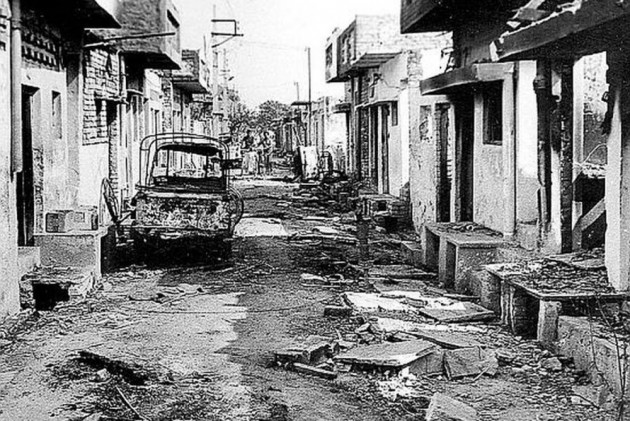 The judiciary and Delhi police have ensured that those responsible for murdering as many as 426 persons during the 1984 anti-Sikh riots may never be punished for their crime, the findings of a special investigation team has concluded.

The Supreme Court-appointed special investigation team (SIT), headed by former Delhi High Court judge, Justice S.N. Dhingra, has informed the Centre that none of the 199 riot cases – including 54 cases that collectively accounted for 426 murders, which were closed in 2015, may be probed afresh.

The Justice Dhingra SIT was appointed in January 2018 to scrutinize each of these 199 cases and suggest whether there was any scope to investigate them afresh. In nearly each of these cases which covered a wide range of crimes – from mild offences like destruction of property to heinous ones of murder and arson – the Delhi police had either failed to identify the accused or, in cases where the perpetrators of violence were identified, gather enough evidence that could have lead to convictions.

As per official estimates, over 2,700 Sikhs were killed during the riots that broke out across Delhi in the aftermath of the assassination of former Prime Minister Indira Gandhi by her bodyguards on October 31, 1984.

The Justice Dhingra SIT – the 11th such commission of enquiry or SIT that has probed the riot cases over the past three decades – has informed the apex court, through the Centre, that it went through available police and court records related to 426 murdered Sikhs - 84 of them unidentified till date.

The SIT concluded that the “lack of interest shown by the police and by the authorities in handling these cases” during the early stages and the manner in which judges “routinely” handed out acquittals to those accused of the riots has ensured that “there is no possibility of further investigation” in any of the 199 cases it scrutinized.

Also Read: Promise Of The Sun

However, in five cases, where judgments by trial courts had not been appealed against despite sufficient grounds, the SIT has recommended that the State may consider filing appeals along with application “for condonation of delay” in appealing against the orders of acquittal.

The details of the report, accessed by Outlook, which scrutinize each of the 199 cases and the lapses that rendered them beyond the scope of re-investigation, are just as shocking.

Outlook is reproducing findings of the SIT in some of these cases:

The F.I.R was registered on the basis of a statement given to the police at the Kalyan Puri police station by riot survivor Indero Devi, a resident of Trilok Puri, whose son-in-law, Balwant Singh, was killed in front of her eyes by a mob. Indero Devi had identified four persons from the mob, namely Rampal Saroj, Kishori, Omi and Kamal. However, the police refused to investigate her complaint, apparently on the ground that a complaint of rioting in the area had already been filed – F.I.R No. 426/84 – which covered the murder of Balwant Singh, along with the murders of as many as 199 other Sikhs of the locality. 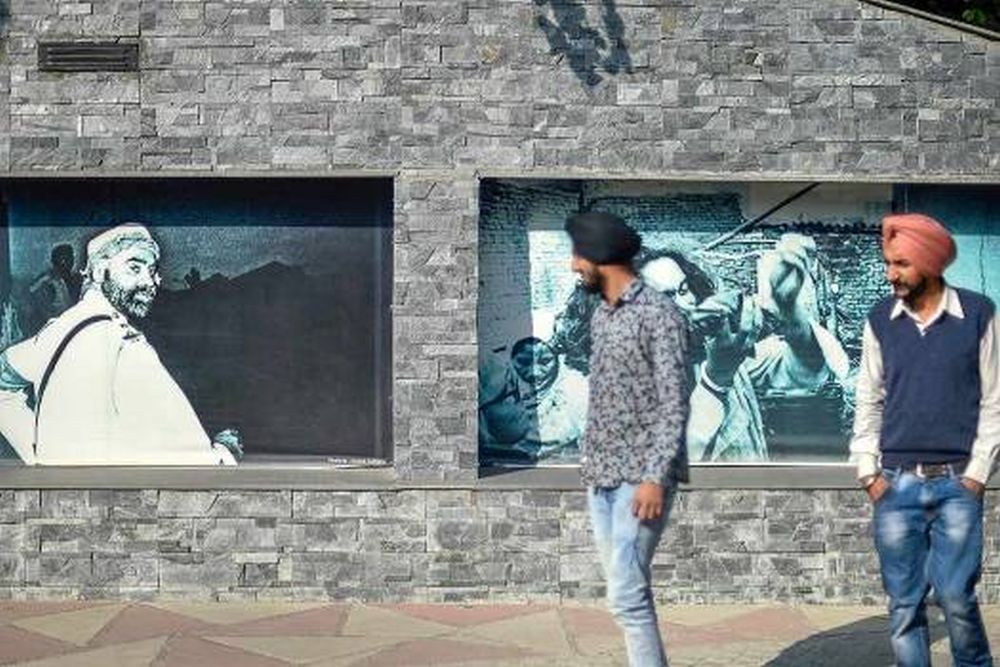 The Wall of Truth, a memorial for the 1984 anti-Sikh riots victims, New Delhi. (PTI)

The SIT notes that instead of filing individual FIRs for every murder committed at different locations across Trilok Puri, the police clubbed the killing of 200 persons into one omnibus F.I.R which also included charges against 107 accused for offences like rioting, arson, murder, assault on women, etc.

The case was registered by Raj Mahinder Singh, then station house officer (SHO) of the Alipur police station against five persons accused of being part of a rioting mob that burnt 29 Sikhs alive at Gurudwara Hargobindsar near Mukarba Chowk. When the case went to trial, the five accused were acquitted by judge J.B. Goel, apparently for lack of evidence, even though the Singh himself was an eyewitness to the killings.

The SIT’s report says the acquittal of the accused, despite the “overwhelming evidence of inspector Raj Mahinder Singh and his team members” shows that the investigating officer and the prosecuting agency “were not interested in getting the culprits punished”. Of the 29 dead bodies recovered by inspector Singh and his team, the report notes that only three victims were ever identified” and that “no effort was made to even identify” the remaining 26 dead.

The SIT report states that the complaint was registered after two policemen discovered eight partly burnt bodies around the Upper Ridge Road. Two of those found dead – Avtar Singh and Balvinder Singh – were later recognized. Avtar Singh’s wife, Jasbir Kaur, reportedly told the police that a mob had murdered her husband in front of their house in Raghu Nagar locality near Delhi Cantonment. Instead of trying to ascertain the identities of the other six dead bodies, the Rajinder Nagar police reportedly transferred the entire case to the Delhi Cantt. Police station on the ground that Avtar Singh’s murder took place under their jurisdiction.

The SIT report notes that the other six bodies remained unidentified and “no investigation seems to have been done” to identify these victims. Further, the police clubbed the murder of one Sukhdev Singh, with this FIR though Sukhdev Singh’s body “was not even identified from among the (eight) dead bodies recovered at Ridge Road”. Five persons were arrested for the murder of Sukhdev Singh but all were acquitted by the court because Jasbir Kaur and other eyewitnesses of the murders of Avtar Singh and Balvinder Singh failed to recognize the suspects.

The SIT also scrutinized cases related to murder of 69 Sikhs who were killed by rioters at the Nangloi, Kishan Ganj, Daya Basti, Shahdara and Tughlakabad railway stations between November 1 and 2. The report says that Sikh passengers “were dragged out of different compartments and were beaten to death and burnt”.

At Kishan Ganj, Tughlakabad, Daya Basti and Shahdara railway stations, not a single rioter was arrested because “the police was in very small number” and the rioters numbered “from a few hundred to few thousands”. Since the police marked the accused as “unidentified”, no one was acquitted of the 57 murders that took place at these railway stations.

At the Nangloi railway station, the report says, that the police found 13 dead bodies but registered no F.I.R initially. “The statement of railway staff, as available on record, shows that when police reached the spot the rioters were still there… 13 dead bodies of Sikhs in half burnt condition” were recovered from the platform at the railway tracks. Only six of these dead bodies were identified though railway booking details for the trains that those killed were dragged out from should have helped identify the remaining bodies too. The report further says that investigation had proved that the advance railway signal system at Nangloi had been deactivated in order to allow the rioters more time to identify Sikh passengers in the trains.

Despite the fact that only a person with the technical knowledge could have deactivated the advance signaling system, the SIT says that the police did not interrogate the railway staff at Nangloi for suspected complicity in the riots. The SIT states that the police allowed the rioters to leave the station after the killings.

The complaint was registered by Kalyan Puri resident Ram Singh in October 1991. In an affidavit filed before the Justice Ranganath Mishra Commission, Singh said that on November 1, 1984, while the riots were raging across Delhi, he and some other residents who had licensed fire arms were trying to stop the rioters from entering their locality.

The report says that station house officer Survir Singh Tyagi came to the block along with some policemen and instead of controlling the mob, he told the Sikhs to surrender their licensed weapons if they wanted the police to help them against the rioters. Tyagi, the report says, took away the licensed weapons of the Sikhs and then “made a gesture towards the mob to attack the Sikhs… the mob attacked the gurudwara in the block, looted and burnt it”.

The SIT says that evidence on record shows that the case against Tyagi “was not of negligence in performance of duty but a case of deliberately disarming the local Sikhs so that the rioters could make them victims… it is apparent that the rioters had his blessings”. Tyagi had been initially suspended from the police for his alleged complicity in the riots but was later re-instated and promoted to the rank of an ACP. The SIT has now recommended to the Centre that Tyagi “should be immediately hauled up” and the case against him “be referred to the Special Riot Cell of Delhi police for appropriate action”.

The SIT report states that this complaint, registered at the Kalyanpuri Police Station showed that though the police clubbed 56 instances of murder into one F.I.R. The trial court, instead of exercising its discretion to order separation of trial for each of the murder cases “framed charges only in respect of killing of five persons and no charge was framed for the remaining (51) murders”.

The SIT report says it is “not known why charges were framed only for five murders… when the witness stated in court that she had seen the incident and can identify the culprits, the public prosecutor did not even ask her to identify the rioters out of several accused persons present in the court. The judge conducting the trial… also did not bother”.

The SIT also points out that under the law only three cases of the same kind against the same person” can be clubbed together for trial but trial judges “did not give directions to the police to file separate incident-wise challans”. This, the SIT notes, allowed the police to club trial for “crimes involving scores of hundreds of murders” and was “a major reason of the failure of several trial court cases”.