The police said it had got exact information about their location it dispatched ten policemen in civil dress to the spot who challenged the militants. 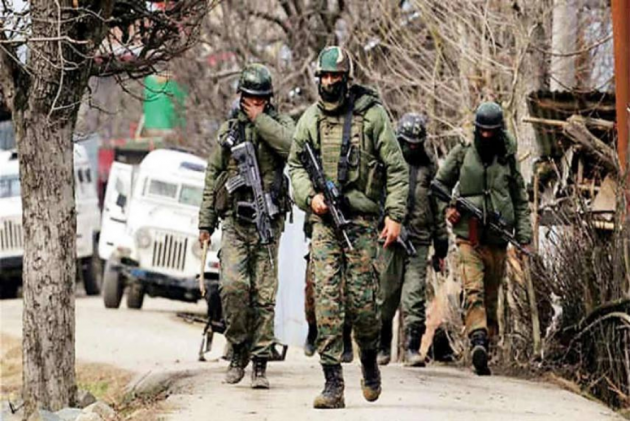 Jammu and Kashmir police said it killed a top militant commander and his close associate in Srinagar in a brief shootout on Monday evening without any collateral damage.

Inspector General of Police (IGP) Kashmir, Vijay Kumar said the top militant commander Abbas Sheikh and his associate Saqib Manzoor were killed in a brief shootout at Alochi Bagh area of Srinagar. He described it as a huge success for the police.

"Abbas Sheikh was considering himself as The Resistance Front chief. But in reality, both Abbas Sheikh and Saqib Manzoor were with Lashkar-e-Toiba," the IGP said.

He said once the police got exact information about their location it dispatched ten policemen in civil dress to the spot who challenged the militants. He said the hiding militants opened fire triggering an encounter and in the ensuing gunfight, two militants were killed.

The police said Saqib was behind recruiting youth into militancy in Srinagar. The police said, Abbas Sheikh, a resident of Pulwama was the top militant on the list of the wanted militants.

Sheikh has joined militancy in 2005. Sheikh, 45, was arrested twice but he joined militancy and was presently the TRF chief. The police said the operation was specifically conducted by the police.

The police said they were tracking the movement of the militants for the past few days. The police said that the slain militants were involved in recruiting youth, lobbing grenades and killing political workers and policemen in Srinagar city.