Some 'Singham' like activities being performed outside police agencies in Mumbai, in the backdrop of the Sushant Singh Rajput case have negated the Prime Minister's recent appeal to the police force, urging the institution to uphold public trust. 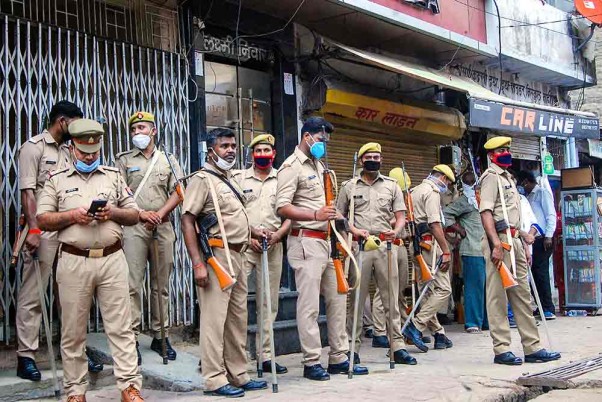 September 22 is marked as Police Reforms Day in the country. On that day in 2006 the Supreme Court gave its landmark judgment specifying seven important steps for police reforms to make it apolitical, more professional, more law abiding and more public-caring. This was a culmination of an epic struggle since 1996 by senior police officer Prakash Singh along with senior lawyer Prashant Bhushan and others.

However, police reform measures are not static. New protocols have to be developed for police guidance as fresh and unanticipated challenges emerge in various areas which could result in new frictions. None had ever dreamt that health issues like the Covid-19 pandemic would result in so much of police-public tension points.

Thus, on March 31, 2020 Neil Basu, top most police officer of Indian origin in the London Metropolitan Police (MET) appealed to the public “not to judge their police too harshly” during the unprecedented lockdown in London. In turn he demanded his officers to earn public trust and keep up the British tradition of “policing by consent”.

A similar message was given by our Prime Minister Narendra Modi while addressing trainee IPS officers in Hyderabad through a video conference on September 5. He asked them to earn public trust and not to “show off like Singhams.”

In such a background it was unfortunate that the Supreme Court could not agree to a plea by senior lawyer Prashant Bhushan on February 28 for an urgent hearing to give directions to the Delhi administration to speedily implement the separation of investigation and law and order. This was one among the seven Supreme Court directives, not implemented by many states including Delhi.

This plea was in the backdrop of the Delhi riots in February which resulted in 42 deaths. Also serious allegations of partial police investigations were made by the affected people whose houses were burnt. Allegations that the person(s) responsible for inciting riots were not prosecuted while only the victims were arrested continue to be voiced even now in India and by international media and human rights organizations. This has given a very bad name to our police and to our country.

More recently some “Singham” like activities were performed outside police agencies in Mumbai from July 25 which, in effect, had negated the PM’s appeal. This was for investigation into the tragic death of a promising Bollywood star Sushant Singh Rajput on June 14. Its effects continue to reverberate like earth tremours. It has affected practically everyone, beau monde to plebeians, literati to illiterate and from the affluent to the deprived. It has divided friends and kin. It occupied prime visual, social and print media space. It unnerved even those totally disinterested in Bollywood affairs or in Bihar politics.

The first entry into the case was by Bihar Police on July 25. After a Supreme Court order, the Central Bureau of Investigation (CBI) entered followed by the Enforcement Directorate (ED). While the CBI and ED had legitimate roles to play, the entry of the Narcotics Control Bureau (NCB) in September raised eyebrows. This elite agency was set up in 1986 to act as the nodal body for intelligence and enforcement coordination with Indian, foreign and international agencies like Drug Enforcement Administration (DEA), United Nations Office on Drugs and Crime (UNODC) etc.
For instance, the NCB was supposed to coordinate with Indian response to international drug syndicates like Dawood and others whose narcotic stock of 18 tons, described as “Asia’s biggest drug seizure”, was traced in Myanmar on May 18. Thus, the entry of NCB raised questions in Mumbai whether big time drug syndicates like Dawood or Golden Triangle’s United Wa State Army were involved in Sushant Singh’s death?

The finale to the “Singham” episode was performed on September 8 when a 28-year-old frail girl named Rhea Chakrborty was arrested by the NCB, branding her as part of a “syndicate” for merely supplying petty quantities of drug to Sushant although no stock of drugs was found with her. On the same day Gupteshwar Pandey, the Bihar Police Chief rejoiced by issuing a public statement that “her arrest is a big win for Bihar”.

What a fall for an elite agency which had to perform the task of a junior sub-inspector ? What a shame for a police chief who had brazenly violated Supreme Court directives on being “apolitical”?