Police Use Drones To Shadow And Identify Protesters In Kashmir

In the absence of communication, police in Kashmir are using drones to keep an eye on the movement of protesters and identify stone-throwers. 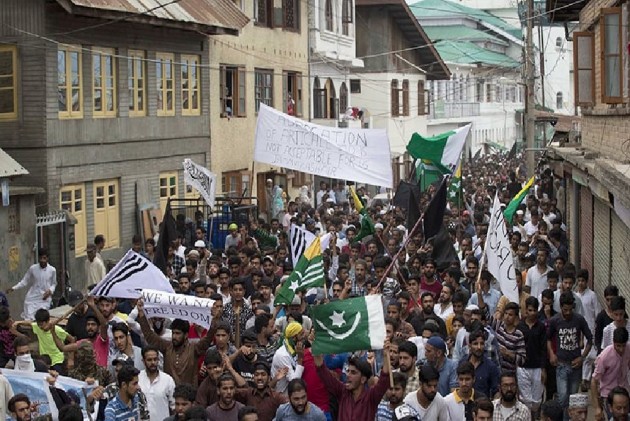 When the Centre announced to revoke Jammu and Kashmir's special status on August 5 and imposed strict restrictions across the state, people in Anchar neighbourhood in Srinagar dug roads and erected tall barricades on all the entry points to keep the security forces from entering the area.

Within those barricades, thousands of men, women and children held frequent protests against the Centre's decision. Whenever the security forces managed to breach the barricades, it led to violent confrontations between the stone-throwing youth and paramilitary forces who retaliated by firing teargas canisters and pellet shells.

But most of the times, the area remained inaccessible to the security forces.

'Many May Have Died At Home': Amid Communication Blackout, Heart Attack Cases Rise In Kashmir

In Kashmir, Identity Card Is The Prized Possession Post Abrogation Of Special Status

However, in the initial weeks of protests in Anchar neighbourhood, people said they saw unmanned aerial vehicles (UAV) hovering over their heads.

“People were surprised as they saw the drones flying over their heads during protests. They would cover their faces on spotting the drone. Some would try to chase it but it flew too high,” said a resident of Anchar. Now, he said, they are so used to it that nobody bothers to cover their faces.

A police official, on the condition of anonymity, said that in absence of communication, drones help the police and security agencies to keep an eye on protesters and their movement.

“If the area is inaccessible due to roadblocks, like that in Anchaar, drones help us in advance to know which way or which route protesters are likely to take, and we take necessary actions accordingly,” said the official.

The aerial surveillance in Kashmir valley started at a much larger scale from the day the government revoked provisions of Articles 370 and nullified Article 35-A, and bifurcated Jammu and Kashmir into two union territories. From August 5 onwards, top officials from state police and the Army were using choppers to survey the Valley which was under curfew and reeling under a communication blackout.

A week after August 5, sources said, Advisor to Governor, Vijay Kumar, distributed drones among the police officials. The Union Home Ministry had already approved the biggest UAV procurements for the J&K police.

Sources in the police said that 50 DJI MAVIC2 drones provided to them further strengthened the police surveillance system in the Valley. In Srinagar, the government provided 10 drones to Sub-Divisional Police Officers (SDPO) and five to their SPs. Two drones were also allotted to the Special Operation Group (SOG) of Jammu and Kashmir Police, Cargo camp.

The Cargo is the nerve-centre of the SOG that is involved in the counter-insurgency operations across Kashmir Valley. The government has also provided drones to the SDPOs and the SP rank officers at the district level.

“We got some training to operate drones. I fly a drone regularly in my area and keep the data it generates intact,” said an official. He said the drones help police to identify stone-throwers and leaves no chance for deniability and doubt. “The best thing is that it has got good speakers and you listen to a lot of chatter also,” he added.

The DJI MAVIC2 drones have an omnidirectional vision and infrared sensing systems with a fully stabilized 3-axis gimbal camera, providing both infrared and visual images simultaneously.

After the abrogation of Jammu and Kashmir's autonomy, the police also used drones to collect footage of traffic movement in Srinagar and posted it on the Twitter to show 'normalcy in Kashmir'.

Earlier, the police used to seek assistance from army units for using drones as the Army has been using UAVs in different parts of the Valley and along the Line of Control to track the militant movements. The army has also used small UAVs during encounters in different parts of Kashmir, especially in its southern region where a large number of protests erupted after the killing of Hizb commander Burhan Wani in 2016.

“The drone MAVIC2 has an excellent speed; 75 km per hour and it can carry 1.2 kg payload. I think it has sensors that can also detect weapons. If you are able to fly it like an expert, it is of great use for the law and order and surveillance,” said another official, pleading anonymity.

“We are just in the process of learning its benefits,” he added.