Political Cartoons: Adding Spice And Meaning To The Discourse

Political cartoons are spaces where negotiations of power and confrontation are expressed. 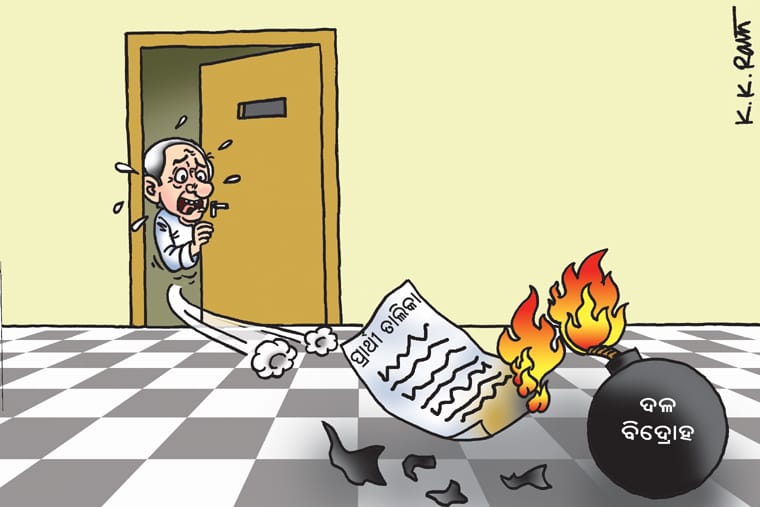 Cartoons liven up and energize people. They make people sit up and notice - either with a smile or a smirk. They lampoon and thereby elicit humour. Through lampooning, they show the follies and foibles of the high and mighty and also of the system. Cartoons may range from benign humour to biting satire.

Political cartoon, as described by Thomas Knieper, is a drawing (often including caricature) made for the purpose of conveying commentary on politics, politicians and current events. Such cartoons play a role in the political discourse of a society that provides for freedom of speech and of the press. Their subject matter is usually that of current and newsworthy political issues, and in order for these to be understood, they require that readers possess some basic background knowledge about their subject matter, ideally provided by the medium in which they are published.

Political cartoons are spaces where negotiations of power and confrontation are expressed. They provide insights into power relations, key social issues and events. By mocking or ridiculing the excesses and failings of the elites, cartoonists can hold the leaders accountable. That probably makes the ordinary readers happy. They get a kind of pleasure in finding the high and mighty being pulled up and lampooned. That is one of many reasons of the popularity of cartoons.

Political cartoons have long been the most eye-catching part of a newspaper. Through animation, they have gotten onto visual media. In present times, social media is flooded with political cartoons. Memes (the amalgamation of photographs and graphics with funny or satiric captions) are the recent, and as many media pundits say ‘uber-democratic’, avatar.

Political or editorial cartoons are a key indicator of democratic health of a country. They are somehow uniquely powered with an art that raises questions and speak the truth, which is denied to others. The critical voice of the political cartoonist can provide a vital safety valve for society. They can give expression to frustrations, grievances and dissent.

Political cartooning in India is a British export and it has taken strong roots in the politically fertile soil of India. In India, there is no dearth of subject matter and persons to be lampooned. Elections come with all colours of emotions that body politics and vote politicking can bring about.

Odisha has had a long history of caricatures. Humour and satire occupy an important place in Odia literature. But unfortunately, there is no documental evidence on when cartoons first appeared in media in Odisha. It appeared that Niankhunta (Editor: Godavarish Mohapatra, 1898-1965), a satirical magazine in the line of Shankar’s Weekly first started to publish cartoons regularly. Niankhunta (The Firefling) was first published in 1938 and continued till 1964. Samaja and Prajatantra also used to publish political cartoons occasionally in 1950s. Omkar Nath Panigrahi of Bolangir drew fine cartoons in 1940s. Faturananda (Ramchandra Mishra 1915-1995), a well-known satirist, was a fine cartoonist too. He would draw cartoons in his magazine Dagara. Dibakar Mishra of Talcher (founder of daily Khabar) created cartoons in the Samaja in 1970s and 80s. He used a penname: DKM. Nityananda Mahapatra used to draw cartoons in Dagara. He used his initials as the name of the cartoonists. Satirical magazines like Niankhunta and Durmukha printed several cartoons. In fact, socio-political cartoons with highly satirical content were its major attraction. Niankhunta ceased publication long back. Durmukha continues to publish and cartoons are still its major attraction.

Though Odisha has had a long history and tradition of caricature, and cartoons have been used in newspapers and periodicals, yet cartoonists have never got the opportunity, credit and acclaim they deserve. It was only after 1980s that the cartoonists got recognition. Some of them became household names. There is a practical reason for this. Offset printing came to Odisha only in mid-1980s. Before that metal blocks had to be made to print any kind of visuals. It was expensive and time taking. Hence visuals were avoided unless absolutely necessary.

Cartooning in Odisha came of age after offset printing came to Odisha in mid-eighties and the Cartoonists in the state caught up with their counterparts at other places in no time. Sudhanshu Deo, Kishore Rath, Gyan Rath, Silpee Ashok, Kesu Das, Kamalakanta Rath- all of them drew fine cartoons in different newspapers and periodicals. Young cartoonists like Paresh Nath, Utkal Gaurav, Chudamani Das, Siba Swastick and others followed.

Talking about 2019 elections, cartoonists in Odisha have mostly drawn on local leaders and local issues. Chief Minister Naveen Patnaik is their all-time favourite. They have lampooned Chief Minister’s halting Odia, his schemes and his fetish for kicking out senior and influential leaders from the party.

Patnaik’s fallout with Baijayant Jay Panda, a former BJD leader, who recently joined the BJP, has been a favourite topic for drawing cartoons. The party-hoppers have attracted attention of many cartoonists. So has the mad race for party tickets. Kamalakanta Rath made a cartoon on the leadership dilemma of BJP in Odisha after Aparajita Sarangi, a former bureaucrat joined the party, creating possibility of an alternative to Union Minister Dharmendra Pradhan.

From political party’s internal squabble and intrigue to general comment on the avarice of the netas, to the plight of the common voters bamboozled by the high octane publicity – cartoonists of Odisha have drawn on many subjects.

Unlike in Bengal and Kerala, graffiti and wall writings by political parties are not very common in Odisha. Major political parties also have hardly used cartoons against their rivals. But this time, the BJD is publishing a series of cartoon strips highlighting ‘the neglect of Odisha by the BJP ruled Centre’. These cartoon strips make fun of the BJP leaders’ promises and urge people to elect BJD candidates for parliamentary seats- so that they can demand and get better deal for Odisha.