The year 2020 ushered in on a stormy note with the Shaheen Bagh sit-in and is now closing with another bigger protest by farmers, who have encircled the Capital. 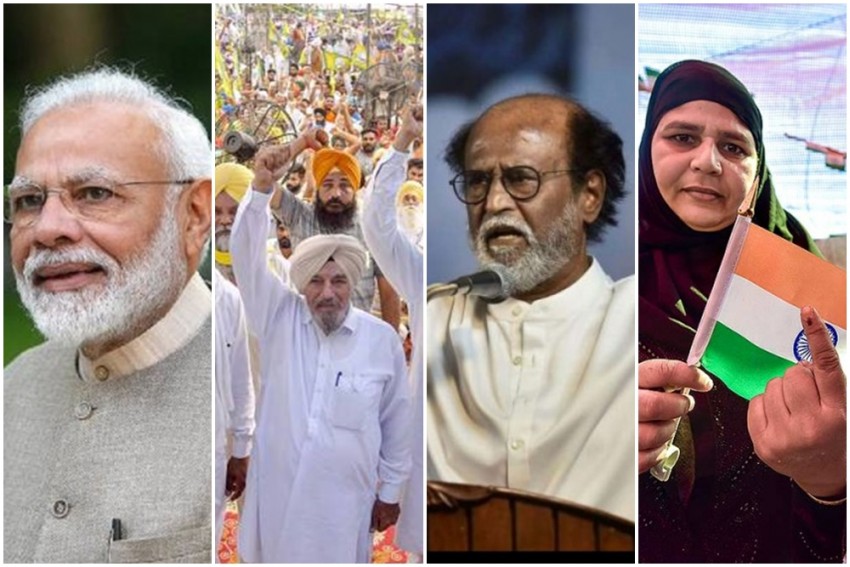 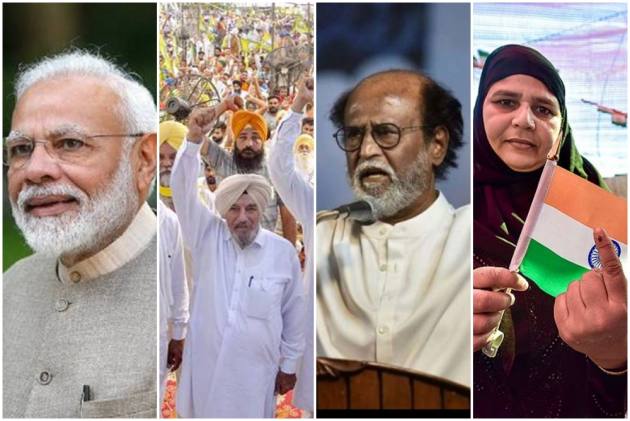 The year 2020 ushered in on a stormy note with the Shaheen Bagh sit-in that saw women braving the winter chill to protest the enactment of Citizenship Amendment Act (CAA) and the National Register of Citizens (NRC). The year is closing with another bigger protest by farmers, who have encircled the Capital, camping at the borders demanding the repeal of the three farm laws.

It has been a challenging year for the Narendra Modi-led government that is also dealing with the Covid-19 pandemic, a flagging economy, a belligerent China at the LAC, growing dissent within and unhappy allies.

Even though the country is facing one crisis after another, Prime Minister Modi’s popularity seems to be intact. Various surveys have indicated that the people by-and-large are satisfied with the way he has handled the Covid crisis. Also, he continues to remain the saffron party’s USP as seen by BJP’s performance in Bihar Assembly elections despite the criticism it faced on account of its poor handling of the migrant crisis. Now his government is under fire for muscling-in the farm laws without proper debate.

Thousands of farmers have been sitting at Delhi borders since November-end, demanding the repeal of laws, which they say are anti-farmers and will only benefit large corporate houses. The way these laws were passed in Parliament, especially in Rajya Sabha, raised several questions with the Opposition parties claiming that the government pushed-in the laws without proper debate in an undemocratic manner.

All political activity had slowed down due to the lockdown but Bihar elections were held on schedule. The elections saw political parties going ahead with the big rallies – albeit in limited numbers – but also resorting to old-fashioned house-to-house campaigning and hi-tech online outreach. The NDA returned to power despite a commendable showing by the Mahagathbandhan. The results saw the emergence of RJD chief Lalu Yadav’s son Tejashwi as a young leader to reckon with, the diminishing of Nitish Kumar as his party JDU polled fewer seats than BJP and also the rise of Asaduddin Owaisi’s Hyderabad-based AIMIM in the cow belt, winning five Assembly seats in the state.

The results of Bihar elections have caused much discomfiture to chief minister Nitish Kumar. It was believed that BJP had propped up LJP leader Chirag Paswan, who consistently campaigned against Nitish, to cut JDU to size. The BJP did manage to emerge as the bigger party, winning 74 seats to JDU’s 43. Though the BJP kept its promise of making Nitish the chief minister, he is clearly uncomfortable with the situation and reluctant to continue.

Some other allies of the BJP, including the oldest one Shiromani Akali Dal (SAD) walked out of the alliance to protest the farm bills. Shiv Sena had broken ties earlier. Some smaller parties like RLP, led by Hanuman Beliwal, have also walked out.

Chief opposition party, the Congress continues to be in crisis as the year 2020 comes to an end. With the full-blown farmers’ crisis on at the Capital’s borders, Congress leader Rahul Gandhi preferred to fly out of the country, ushering in the new year somewhere in Europe. He was also missing for the grand old party’s foundation day. The year has seen whiffs of an impending change in the Congress as 23 leaders wrote to party president Sonia Gandhi asking for sweeping changes in party’s functioning. In another noticeable development, Priyanka Gandhi Vadra seems to be making a place for herself at the top, slowly but surely.

Another leader who has retained his popularity is Arvind Kejriwal. The Aam Aadmi Party (AAP) leader powered his way back as Delhi Chief Minister, winning 62 of the 70 seats. Delhi, the seat of national power, continues to elude the BJP that has failed to win since 1998.

The year has seen the rise of AIMIM and its leader Asaduddin Owaisi. As the so-called secular parties including the Congress, RJD, BSP and SP lose their sheen among the minority voters, AIMIM is emerging as an alternative. With the BJP making it clear that it is not interested in wooing the Muslims as a vote-bank, the community is looking at AIMIM to represent their interests in state assemblies and Parliament.

Very much like his movies, Rajinikanth’s expected foray into politics had everyone waiting with bated breath. Just when the other political parties including the BJP, AIADMK and DMK were making calculations about the difference his entry would make in the run-up to the Assembly elections in 2021, the superstar has made a U-turn, cancelling his plans citing health reasons. We may not have heard the last of Rajinikanth and politics and there still will be a twist at the end.

Two BJP-run states Uttar Pradesh and Madhya Pradesh have enacted controversial anti-conversion laws to check what it calls “love-jihad”. Himachal Pradesh too has enacted a law,

requiring a person to give prior notice to authorities for converting to another religion and outlawing conversions solely for marriage. Haryana and Karnataka too are mulling similar laws to prevent “forcible conversions”.

The government ensured that the Covid lockdown did not delay the ground-breaking ceremony of Ram temple at Ayodhya as Prime Minister Modi performed the bhoomi-pujan on August 5, fulfilling the biggest promise of BJP’s core agenda. The government’s plan is to complete the construction of the huge complex, estimated to be built at a cost of Rs 1,100 crore, before 2024 Lok Sabha elections.