Rana was Omar Abdullah’s political advisor when Omar was chief minister of Jammu and Kashmir from 2009 to 2014. 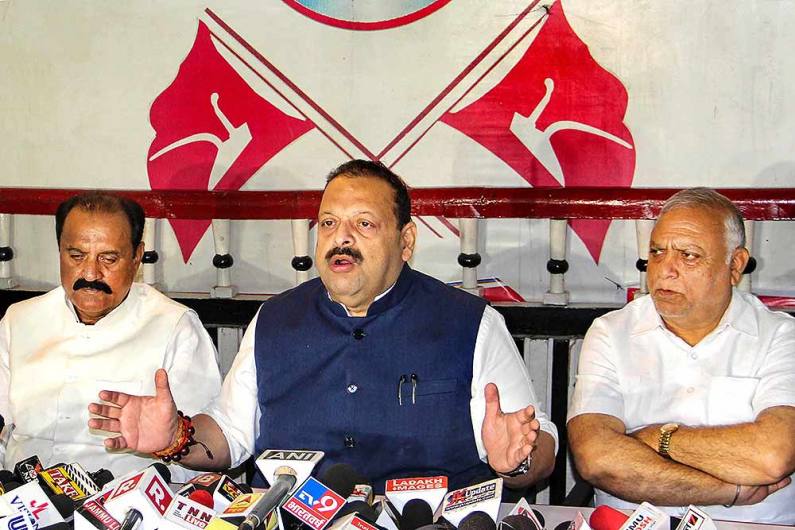 Not a day passes in Kashmir Valley these days without political defections. On Sunday, senior PDP leader Nizamuddin Bhat joined Sajad Lone’s Peoples Conference. Lone called it Ghar Wapsi as some 40 years ago Bhat had started his political career from the Peoples Conference.

Most of the leaders, who have left the PDP, have either joined the Peoples Conference or the Apni Party. National Conference has been calling both the Peoples Conference and the Apni Party the B-teams of the BJP, an accusation that has been denied by the latter. They say the NC was the first to have an alliance with the BJP during Atal Bihari Vajpayee’s time. On Twitter, spokespersons of these parties are accusing one another of being close to the BJP.

That is why Davinder Singh Rana, National Conference Jammu province president and close aide to Omar Abdullah, has created political ripples as the party sources say he might resign as the provincial president of the party. Rana was Omar’s political advisor when Omar was chief minister of Jammu and Kashmir from 2009 to 2014. He is also brother of MoS in PMO Jitendra Singh. Several National Conference leaders visited Rana at the latter’s residence in Jammu asking him to reconsider his decision.

Choudhary Lal Singh president of Dogra Swabhimaan Sangathan was one among the leaders who visited him. If Rana leaves National Conference it would be a  huge setback to the party as Rana is seen as the face of the NC in Jammu.

In June this year, Rana came up with the idea of the Jammu Declaration. Rana has been calling Jammu Declaration, a voice of Jammu by Jammu for inclusive J&K and says it will be a roadmap to defeat the votaries of the Dixon Plan who want to divide the Jammu region on the basis of religion. Rana’s ideas have many takers in Jammu.

Sir Owen Dixon, the U.N. Representative who came to the subcontinent pursuant to the Security Council's 1950 resolution on the Kashmir dispute, is remembered by thr people of Kashmir nostalgically and his "Dixon Plan" is still talked about. Dixon plan assigned Ladakh to India, the Northern Areas and Pakistan-Occupied Kashmir (POK) to Pakistan, split Jammu between the two and envisaged a plebiscite in the Kashmir Valley.

Rana has been calling the Jammu declaration against the machinations of dividing Jammu and Kashmir in regional, sub-regional and religious lines.

A day later, on August 5, 2019, the BJP government revoked Article 370 amid arrests of around 8000 people including three former chief ministers and enforcing security and communication lockdown.

" I am still provencial president of jammu and kashmir national conference," Rana said.  He, however, said whatever he would do and whenever he would do, he would take advice of people of Jammu. "I want to repeat it that  there will be no compromise on Jammu declaration, aspirations of jammu, sentiments of Jammu," he said. Asked about various leaders visiting him, he said anyone is welcome at his home as guests and when it comes to interests of Jammu he will meet anyone. He said Jammu's interest would only be saved when all political parties of Jammu would unite and raise Jammu's voice.

A political analyst based in Jammu said it looks certain Rana is planning to leave NC but he will choose a middle path as an option than joining the BJP.  “He might be thinking to form a regional party with Jammu declaration as its manifesto and there are prospects for such a party in Jammu,” he adds.