The political corridors are now abuzz with speculations about whether the Modi government is going to make another big announcement on August 5, virtually marking the day as a ‘Nav Bharat’ Divas. 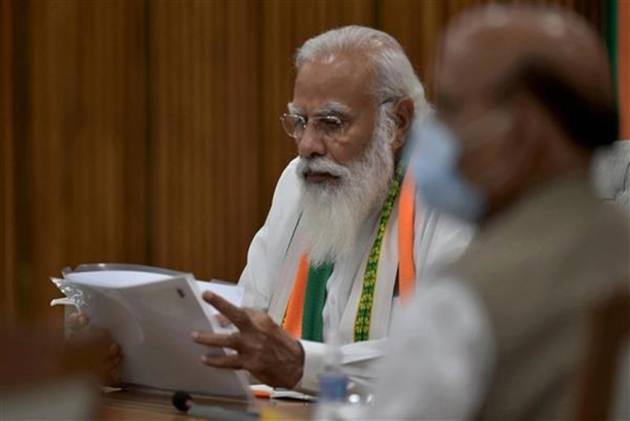 In Prime Minister Narendra Modi’s second term, August 5 has emerged as a significant date when an unapologetic BJP has managed to push its political-ideological agenda two years in a row.

As part of what the BJP terms as the building of ‘Naya Bharat’ or new India, the government abrogated Article 370 and 35A of the Constitution in 2019, thereby revoking the special status that had been granted to Jammu and Kashmir. It also divided the erstwhile state into two Union Territories – Jammu and Kashmir and Ladakh.

August 5, 2020, was another big leap for the party as PM Modi lay the foundation stone for the construction of the Ram Mandir in Ayodhya. It was the fulfilment of a long-standing promise made by late Prime Minister Atal Bihari Vajpayee, for which senior leader L.K. Advani had undertaken arduous Rath Yatras. However, the party, even when it formed the government at the Centre never had the majority to push through its ideological agenda – something that the Modi government has copiously.

The political corridors are now abuzz with speculations about whether the Modi government is going to make another big announcement on August 5, virtually marking the day as a ‘Nav Bharat’ Divas. Keeping in with the trend of the last two years, if the BJP has to strike off another item from its ideological list, then it’s going to be bringing in a Uniform Civil Code in the country.

BJP MP in Rajya Sabha Kirodi Lal Meena was expected to introduce the Uniform Civil Code in India Bill, 2020, as a Private Member Bill on July 23 but couldn’t do it as the House was adjourned due to repeated disruptions over Pegasus snooping. However, BJP sources say that there is still enough time to push the Bill through by August 5. Recently, the Delhi High Court has also backed the need for a Uniform Civil Code and asked the Ministry of Law and Justice to take the necessary action as deemed appropriate. The Supreme Court too has reiterated the need for a Uniform Civil Code as envisioned Article 44 on several occasions including the historical Shah Bano case of 1985.

The BJP had laid the foundation of the Uniform Civil Code when it criminalised the practice of Triple Talaq in December 2018, in the run-up to the 2019 Lok Sabha elections. A senior BJP leader says these promises are not new ones but now they have the strength to push them through. He recalls the reason Vajpayee had given in Lok Sabha on May 28, 1996, explaining why his 13-day government had left out references to the Ram temple, Article 370, and the Uniform Civil Code in the President’s Address to the joint sitting of Parliament.

“Yeh hamare iss samay ke karyakram mein nahin hai… aur isliye nahin hai ki hamare pass bahumat nahin hai. Baat sahi hai. Koi chhupane ki baat nahin hai. (There is nothing to hide. These issues are not on our agenda because we do not have a majority)” – then PM Vajpayee had said.

“Now is our time and we can do it. Be ready for other announcements on Shri Krishna Janmabhoomi in Mathura and on Kashi dispute too,” claims the BJP leader.