In an apparent reference to Sri Sri Ravi Shankar, AIMIM chief Asaduddin Owaisi said he should act in an 'unbiased' manner. 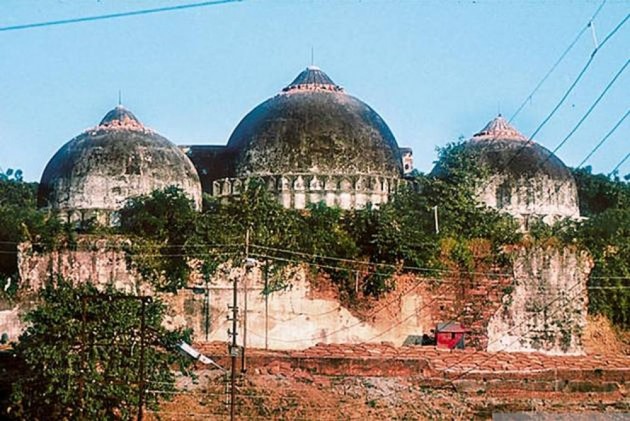 "Hon'ble Supreme Court's order to constitute in-camera mediation (in Faizabad) in order to resolve the Ayodhya matter seems an honest effort. Hon'ble Court looking for 'a possibility of healing relationships' is an appreciable move. BSP welcomes it," she said on Twitter.

In an apparent reference to Sri Sri Ravi Shankar, AIMIM chief Asaduddin Owaisi said he should act in an "unbiased" manner.

"It would have been better had the Supreme Court appointed a neutral person. One of the members of the panel had threatened Muslims that India would become Syria and I hope that he keeps those thoughts out of his mind while being on the mediation panel. We welcome the decision," he told reporters.

CPI(M) leader Brinda Karat said the previous mediation efforts had failed to yield results but this time, the Supreme Court is monitoring it and all the parties who have gone to the court are in agreement with the decision and it is to be seen what will be the result.

The lone Muslim litigant in the matter, Iqbal Ansari, also welcomed the court order and said that talks could be a way forward if the court monitored it.

"Am okay with the order. At the end of the day we all want a just, peaceful resolution to the issue which has been going on for decades," Ansari told IANS on telephone.

The Convenor of the All India Babri Masjid Action Committee, Zafaryab Jilani, said they will extend all possible cooperation to the mediation panel.

The Supreme Court Friday gave the panel eight weeks to complete its proceedings.

The other members of the panel will be spiritual guru Sri Sri Ravi Shankar and senior advocate Sriram Panchu, said a five-judge Constitution Bench headed by Chief Justice Ranjan Gogoi and added that they can co-opt more members if needed.

Ravishankar said the Supreme Court's decision is in the best interest of the country.

"This move towards mediation by the Hon Supreme Court is in the best interest of the country and all parties concerned. We should not leave any stone unturned in resolving this burning issue amicably. We should keep our egos and differences aside and come together with a spirit of honouring & accommodating the sentiments of the communities concerned. Respecting everyone, turning dreams to reality, ending long-standing conflicts happily and maintaining harmony in society - we must all move together towards these goals," he tweeted.