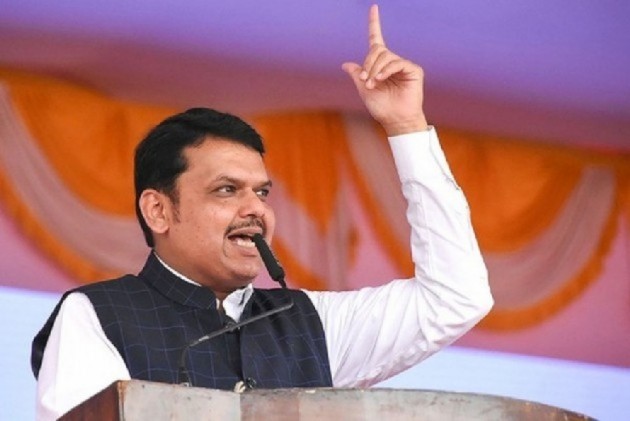 The BJP could not come to power in Maharashtra despite emerging as the single largest party because "political arithmetic prevailed over merit, Leader of Opposition in the Assembly Devendra Fadnavis said on Sunday.

"The BJP got people's mandate as ours is the single largest party. Our strike rate was 70 per cent in the October 21 Assembly polls, but political arithmetic prevailed over merit. Those who got around 40 per cent marks in the election have formed the government," Fadnavis remarked.

"We are accepting it as part of democracy," he said.

The resolution was moved by Chief Minister Uddhav Thackeray and supported by members of other parties, including NCP's Jayant Patil and Congress Legislature Party leader Balasaheb Thorat.

Several leaders in the House, including Chief Minister Uddhav Thackeray, took a jibe at Fadnavis over his impassioned pre-poll "I will come back" affirmation.

Responding to it, Fadnavis said, "I did say 'I will come back', but forgot to give you the time-table for it. But I can assure you one thing, you need to wait for some time."

"I not only announced several projects in the last five years, but started work on them as well. You never know, I may come back to inaugurate them," he said.

Fadnavis also assured the House of functioning within the constitutional and legal framework.

"My opposition to the government will be on some of the principles, and without any personal agenda," he added.

Fadnavis, leader of state BJP legislature unit, was on Sunday named the new leader of opposition in the Assembly by Speaker Nana Patole.

The Shiv Sena, NCP and Congress formed the government after the Thackeray-led party fell out with pre-poll ally BJP over sharing the chief ministerial post.

The BJP emerged as the single largest party winning 105 seats. The Shiv Sena, NCP and Congress won 56, 54 and 44 seats, respectively, in the 288-member House.