Narayanasamy had condemned the police action against Rahul Gandhi and Priyanka Gandhi Vadras as a clear 'exposure of the Jungle Raj and Hitler Raj in UP.' 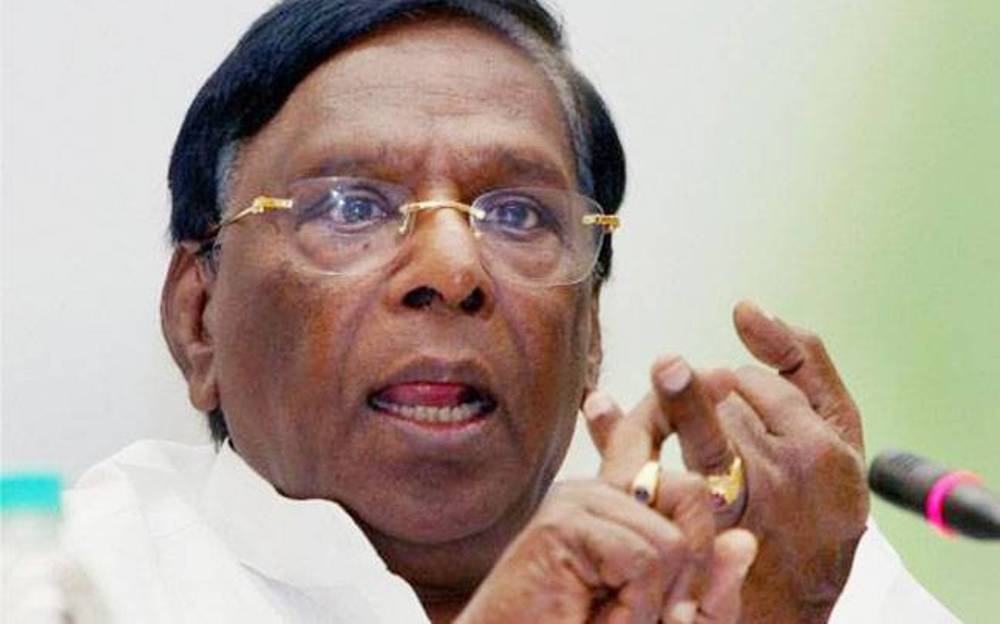 Puducherry Chief Minister V Narayanasamy and his ministerial colleagues observed a fast here on Friday to condemn the Uttar Pradesh police for its
'reckless' behaviour against Congress leaders Rahul Gandhi and Priyanka Gandhi Vadra, when they were proceeding to meet a rape victim's family.

Puducherry Congress Chief A V Subramanian presided over the fast, while delegates of youth and students wings of the Congress were among those who participated in the protest called by the national party.

Party sources said the fast which commenced at 8 am would go on till 5 p m.

'The Jungle Raj Of UP Has No Limits': Congress On Balrampur Rape Case

Narayanasamy had condemned the police action against Rahul Gandhi and Priyanka Gandhi Vadras as a clear 'exposure of the Jungle Raj and Hitler Raj in UP.'

The Congress leaders said the police action against the AICC leader was "reckless, undemocratic and a clear attempt to trample upon the basic democratic rights."

Rahul, Priyanka and around 150 of their party workers were briefly detained in Greater Noida on Thursday for alleged violation of prohibitory orders while walking towards Hathras in UP to meet a Dalit rape victim's family.

The 19-year-old Dalit woman was allegedly raped at a village in Hathras by four men on September 14.

After her condition deteriorated, she was referred to the Delhi's Safdarjung hospital where she breathed her last on Tuesday.