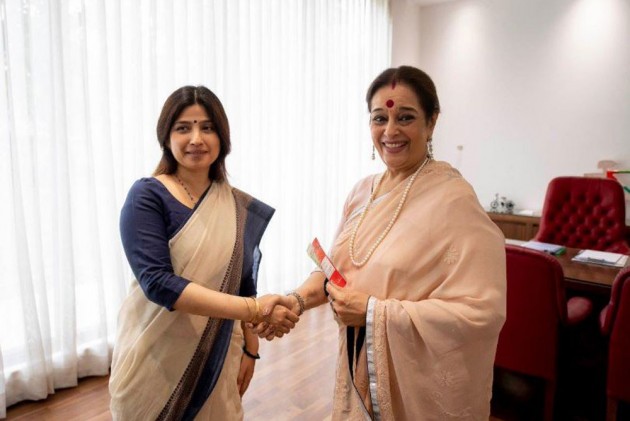 Barely two hours after Union Home Minister Rajnath Singh filed his nomination papers with almost no rival in sight, Poonam Sinha, wife of actor-turned-politician Shatrughan Sinha, arrived in Lucknow on Tuesday and headed straight to the Samajwadi Party office to formally become a member of the party.

Samajwadi Party sources said that Poonam Sinha would file her nomination papers on Thursday and she would be the SP-BSP-RLD candidate from Lucknow. Congress was likely to support her.

The Congress decision not to field any candidate from the state capital paves the way for a one-on-one face-off between Rajnath Singh and Poonam Sinha.

There are four lakh Kayastha voters and 1.3 lakh Sindhi voters in Lucknow, apart from 3.5 lakh Muslims. Poonam Sinha is a Sindhi while her husband Shatrughan Sinha is a Kayastha.