In their petitions, Kundra, husband of actor Shilpa Shetty, and Thorpe had termed their arrest as illegal as the mandatory provision of issuing notice under section 41A of the Code of Criminal Procedure (CrPC) was not followed. 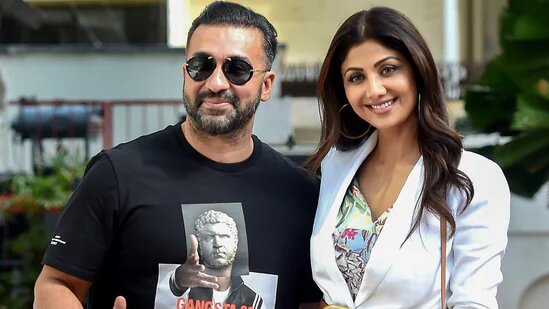 In connection to the ongoing legal battle concerning Bollywood actress Shilpa Shetty's husband Raj Kundra's alleged involvement in production and streaming of pornographic content on apps, the Bombay High Court on Saturday rejected the pleas filed by Raj Kundra and his associate Ryan Thorpe challenging their arrest and subsequent remand orders against them.

Justice A S Gadkari of the high court, who was presiding over their pleas, had reserved the verdict on the same on August 2.

On Saturday, while rejecting the contentions made by Kundra and Thorpe, and dismissing their pleas, the high court said, "The remand to custody by the metropolitan magistrate is within conformity of law and does not require any interference."

In their petitions, Kundra, husband of actor Shilpa Shetty, and Thorpe had termed their arrest as illegal as the mandatory provision of issuing notice under section 41A of the Code of Criminal Procedure (CrPC) was not followed.

The duo, in their plea, sought the high court to order for their immediate release and quash two orders passed by a magistrate after their arrest remanding them in police custody.

As per section 41A of the CrPC, the police may, in cases where arrest is not warranted, initially only issue summons to an accused person and record his or her statement.
The police had claimed that such a notice had been served, but Kundra had refused to accept it.

Senior advocate Aabad Ponda, who had appeared for Kundra in the high court, had argued that even if Kundra had refused to accept the 41A notice as alleged by the police, the prosecution was expected to seek the court's permission under section 41A(4) of the CrPC before arresting him.

Ponda said that while Kundra's arrest and seizure of his phone, other electronic devices, etc, took place on July 19, the police belatedly added the charge pertaining to destruction of evidence.

He said this charge was added in the FIR only on July 23 and there did not exist any document or panchnama to show that evidence had been destroyed by Kundra before his arrest.

Advocate Abhinav Chandrachud, who appeared for Thorpe, also argued that there existed discrepancies in the claims made against Thorpe by the Mumbai Police's crime branch, while seeking his custody.

Chandrachud had argued that while the 41A notice had been issued to Thorpe, he was not given time to comply or respond to it. "Before Thorpe could act on the notice, he was arrested," he had said.

Chief public prosecutor Aruna Pai, who appeared for the police, told the high court that several video clips had been recovered from Kundra's laptop, and there existed enough evidence against him and Thorpe to warrant their arrest and custody.

They were booked under several sections of the IPC and the IT Act on charges of voyeurism, sale of obscene content, cheating, destruction of evidence, and transmission of sexually explicit material, etc. Both of them are in judicial custody currently.