Power Of Development Stronger Than Might Of Bullets, Bombs: PM Modi On Kashmir

In his monthly 'Mann ki Baat' broadcast, Prime Minister Narendra Modi said the 'Back to village' programme held in June in Jammu and Kashmir saw enthusiastic participation of villagers everywhere. 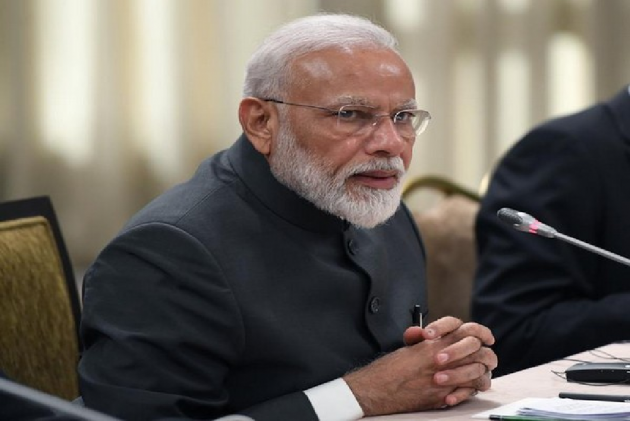 Prime Minister Narendra Modi said on Sunday that those trying to spread hate and obstruct development works in Kashmir will never succeed as he cited a recent government exercise to assert that power of development is stronger than the might of bullets and bombs.

In his monthly 'Mann ki baat' broadcast, he said the "Back to village" programme held in June in Jammu and Kashmir saw enthusiastic participation of villagers everywhere, including in very sensitive and remote villages, as government officials reached there to discuss development schemes with locals.

Anxiety Grows In Valley After Centre's Decision To Move 10,000 Extra Troops To J&K

NIA Carries Out Four Raids In Jammu And Kashmir's Baramulla

"It is clear that those who wish to spread hatred en route to development, pose hurdles will never succeed in their sinister plans," he added.

For the first time, the prime minister said, senior officials, reached the doorsteps of villagers across 4,500 panchayats.

These officials also reached villages on border which live under the shadow of cross-border firing, he said, adding that they also visited sensitive villages in the districts of Shopian, Pulwama, Kulgam and Anantnag- districts which have seen heightened militant activity of late, without any fear.

Modi also noted that over 3 lakh pilgrims completed the Amarnath yatra since July 1 and said it has already outnumbered the number of devotees during 60 days in 2015.

Hailing the hospitality of the people of the state, he said it will boost tourism.

In the Chardham yatra in Uttarakhand too, large numbers of tourists have visited holy sites, he said, adding that over eight lakh devotees had visited Kedarnath shrine, a record number post the massive 2013 floods that had devastated the region.

In his 25-minute address, Modi asked people to celebrate August 15 with special preparations and find out new ways to observe Independence Day with greater participation of masses.

"You must ponder over the fact how 15th August could be celebrated as a folk-festival and also as a people's festival," he said.

Speaking of floods in different parts, he said the Centre in tandem with state governments is working at a "lightning pace" to provide people relief and succour.

The issue of water conservation has stirred the nation, he said, and lauded the Meghalaya government to frame a water policy and the Haryana government for encouraging farmers to shift to cultivating crops that need less water.