Power, Policy Making Or Paisa: Why Are Bureaucrats Joining Politics?

Many bureaucrats believe that individuals who excel in a certain profession, whether in the private sector or the public, should enter politics as they add value due to their administrative experience. But are former civil servants more capable than traditional politicians? 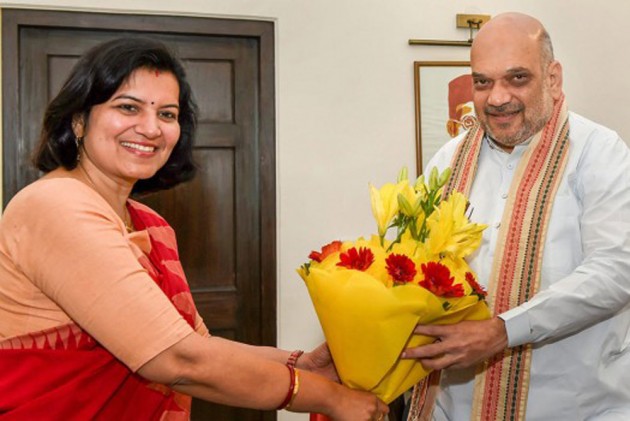 Many civil servants have given up lucrative careers to dive into the rough and tumble of electoral politics. But do administrators make able politicians?

Few things are as prized in India as a career in the civil services. However, while thousands compete to get a coveted government job, several bureaucrats across the country have put in their papers to contest the ongoing Lok Sabha elections.

Among the new entrants are Brijendra Singh, who left the IAS to contest from Hissar Lok Sabha seat; Aparajita Sarangi, a former IAS officer and BJP candidate from Bhubaneswar parliamentary constituency; retired IAS officer Vijay Shankar Pandey who has joined the newly formed Lok Gathbandhan Party to contest from Faizabad in Uttar Pradesh; and Prakash Mishra, former director general of CRPF and BJP candidate from the Cuttack Lok Sabha seat. Earlier, K.J. Alphonse from Kerala and R.K. Singh from Bihar joined the BJP after a distinguished career in the civil services.

There are various motivations—quest for power, greater control over the policy-making process and the prospect of financial rewards. Many bureaucrats believe that individuals who excel in a certain profession, whether in the private sector or the public, should enter politics as they add value due to their administrative experience. But are former civil servants more capable than traditional politicians?

“Who performs better is anybody’s guess,” says Brijendra Singh. He believes that most traditional politicians are well read too, but the difference is that bureaucrats are professionally qualified. Tourism Minister K.J. Alphons contends that the electorate will accept only those administrators whose work has been popular with the masses. “I came into politics to disapprove the notion that it’s a dirty business and I believe I have done that,” Alphons says. The BJP MP from Rajya Sabha is contesting LS elections from Kerala’s Ernakulam constituency.

Mirza Asmer Beg, a political commentator and a professor in the department of political science, AMU, says that there might be various motivations for bureaucrats to join politics, but prominent amongst them seems to be that after working under politicians for many years, civil servants aspire to wield power rather than just take orders. “Once you are there, you want to move up to the next level,” remarks Beg. “Political parties also prefer bureaucrats as they have a clean image and give a boost to their ideology.”