Pradeep Guha: The Man I Knew As A Young Media Professional

Film Producer and media personality, Pradeep Guha had once revamped the entire print media industry with his pathbreaking ideas, but he was indeed an unassuming man, writes a former colleague for Outlook. Guha died at a hospital in Mumbai on Saturday. 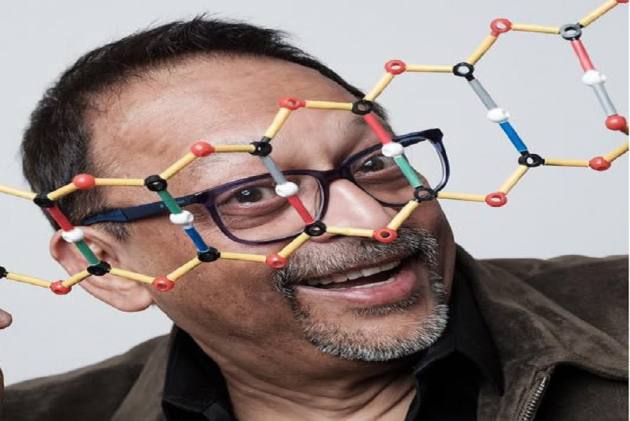 Looking back in time, my memories of working with the Times of India are laced with what was once perceived as the ‘’glamour of the media industry.”

In a classic hierarchical structure, a nod from a director or a word of recognition would make us feel superior to our peers. Though as juniors we formed the base of the pyramid, secretly we recognised the brand-pull of the country’s largest media conglomerate and knew that we would manage to perform well simply because of the house we were working for.

In such a scenario, soon after joining the house, I travelled to Mumbai with my seniors for the first time to attend an international media conference.

We waited eagerly for a session to be held by  Pradeep Guha, President & Board Member of The Times of India Group. That was the first time I had met PG (as he was known) in person.

Everyone sat up like school kids the moment Guha entered the room.

Here was the man who took Femina Miss India to the skies and to whom the top Bollywood celebrities lapped up. Standing in front of us in his spotless white shirt and black trousers!

He had revamped the entire print media industry starting from brand positioning, design, business strategies and properties for each business vertical.

To my surprise, his body language and presence was like any other senior, and so agreed my colleague sitting next to me. We were in awe.

PG was then our hero, a media maverick who could pull rabbits out of hats and make things happen. As he spoke from the podium, I jotted down every word he said and sat through nervously as he started throwing questions to the hall. I was relieved – he never asked me one. The session ended soon.

Later in the evening, there was a party at a pub in Taj Mumbai and I sat with two more Bengali colleagues when he came and sat with us.

He discussed targets with my senior colleague and said, “kata rasogolla khabi? (how many rasogollas will you have?) Bongs will kill for sweets, I am just asking you to reach the sweet spot.”

Everyone burst out laughing. He mixed easily as he laughed and joked to put us at ease. He turned towards me and said, “so, you have been busy taking down notes throughout the afternoon. What did I say that was so important?”

I repeated whatever I had understood and PG listened to me quietly for a couple of minutes and said, “eta to golpo! (it’s a story).” I laughed at his witty comeback. By then felt comfortable to tell him, “sir, you are joking. But this is what you said.”

“Not in the way you understood and expressed. You must write a book instead.” I looked at him dumbfounded. He smiled, “I am serious.”

Guha moved on from Times Group and around the same time I quit the media industry. I would read about his success stories as he went ahead to launch the DNA newspaper, a 50:50 JV between Zee and Bhaskar group. He improved the market share for Zee group  and in 2007, again made headlines when he joined 9X Media as the MD.

Media feeds would continue to publish articles on his association with many media, marketing, and advertising bodies. Guha was the President of the Indian Newspaper Society, Chairman of the National Readership Studies Council, President of the Advertising Club Bombay and the first Chairman of the Broadcast Audience Research Council (BARC), associated with International Advertising Association (IAA) and Asian Federation of Advertising Association (AFAA). He produced Bollywood movies like ‘Fiza’ and ‘Phir Kabhi’ and was responsible for enlisting India at the Cannes Lions Festival. A man of many facets, he was larger than life, and yet had a humane side in him that common people could also connect with him just like the celebrities who in spite of their success recognise him as their mentor.

I had occasionally run into him a few times at some event or seminar and I would remind him of that solitary interaction in the Mumbai bar once.

He would let out a dry laugh and say a few kind words. Years later, when I wrote my first book, I had informed him, “Sir, my book is out.” He messaged, “God bless you.”

(Aditi Chakraborty is the author of Dubai Heights)