The commonest but unproven theory doing the rounds is that Prashant Kishor is out to cement a Federal Front by stitching together an alliance of disparate opposition group. 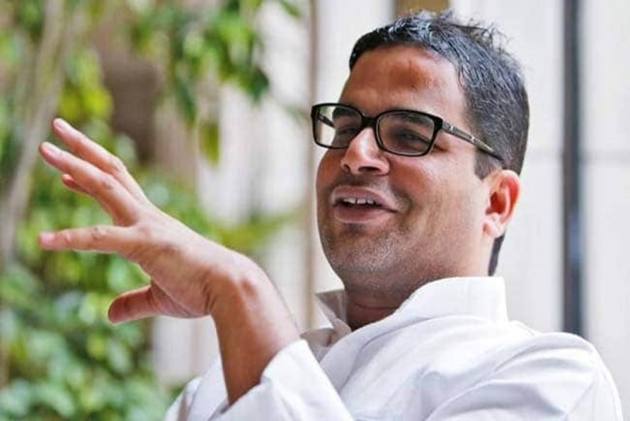 Nothing succeeds like success, and the best living example of this time-tested mantra is poll strategist Prashant Kishor. Fresh from his victory in West Bengal, where he helped chief minister Mamata Banerjee pull off an incredible victory in the face of an aggressive BJP onslaught, Prashant Kishor’s stars are shining bright. The masses—Mamata supporters in particular—are fawning over him, while politicians, who otherwise stand divided, are united in feting him.

That Prashant Kishor is the ‘king’ can be gauged from the high-profile meetings he has been holding. He has met Sharad Pawar, the NCP leader and undisputedly one of the wiliest politicians of our times, at least thrice in recent weeks. In between, he met Amarinder Singh, the chief minister of poll-bound Punjab. And when the poll strategist met the top Congress leadership—Rahul Gandhi and his sister Priyanka—in Delhi this week, it only further underlined the importance of Prashant.

The buzz over Prashant Kishor is understandable. It has led to both idle talk and animated speculation over what he is up to. The commonest but unproven theory doing the rounds is that Prashant Kishor is out to cement a Federal Front by stitching together an alliance of disparate opposition group. His meeting with the Gandhis has set tongues wagging: Is he joining the Congress? Prashant Kishor’s dabbling with opposition politicians, despite having declared publicly in the wake of the Bengal elections that he would “quit the space” of election strategising, has resulted in serious kite-flying. There are some politicians who will tell you that Prashant Kishor is eager to make a transition from helping politicians to becoming a politician, and that he wants to become the prime minister himself.

Opposition Meet: 'Actionable Blueprint' To Take On BJP, But No Federal Front

No matter how unrealistic or exaggerated these predictions are, there is no denying that Prashant Kishor has assumed a larger-than-life persona. He helped Narendra Modi win in 2014. He has scripted several more victories in subsequent years—from Arvind Kejriwal in Delhi to Nitish Kumar in Bihar and Jaganmohan Reddy in Andhra Pradesh. Mamata’s recent win in a no-holds-barred battle has further bolstered his image.

But the question that we should still ask is how much of Prashant Kishor is hype and how much of it is substance?

An easy answer is difficult to arrive at, given Prashant Kishor’s enviable success rate. He helped win all election battles he had engaged in, but for the one when he ended up on the losing side of the Congress-Samajwadi Party alliance in Uttar Pradesh in 2017. However, some seasoned politicians insist Prashant Kishor is overrated. For one, he picks his battles. Two, he mostly pitches tent on the side of those with tailwind. For instance, Modi in 2014 would possibly have won with, without or despite him. Ditto with Kejriwal or for that matter Jaganmohan Reddy riding a massive anti-incumbency wave against Chandrababu Naidu. The same could have been true as well in Punjab where Amarinder Singh worsted the ruling BJP-Akali Dal combine.

The task of getting Mamata re-elected was certainly far more challenging and Prashant Kishor helped in more than one way in sharpening her campaign. But there was always the possibility that the BJP’s chances were overestimated and that the mercurial Mamata could have won even without Prashant Kishor’s help, perhaps with a reduced majority. In fact, Prashant Kishor’s outing in Uttar Pradesh in 2017 proved he was not infallible. He chose to help the Congress that was in alliance with Samajwadi Party and was swept away when the assembly results came in.

That being the case, not everyone is falling head over heels for Prashant Kishor and there are some who have serious doubts about how much he can deliver despite the hype over him. Prashant Kishor has become a brand, but not everyone is taken in by that. Democracy, the doubters say, is much beyond brands. That his positioning has been post-ideological—he has sometimes backed the BJP and, at other times, parties ranged against it—is also said to have limitations.

So, what does Prashant Kishor bring to the table? It cannot be the case that he would singlehandedly succeed in stitching together an opposition alliance and unseat Modi in 2024 in the event of the prime minister still being popular. A more realistic assessment would be that he now perhaps has the ability and the gravitas—being a successful strategist—to get opposition leaders to sit together and stitch a strategy for a united fight against the BJP. What shape and form such an understanding takes, if at all, is yet to be determined. But Prashant Kishor stands to gain if his efforts succeed. His halo will get bigger and brighter, and more politicians will be willing to eat out of his hands as many of them are now.