Prashant Kishor has, over the past few days, stressed that JD(U) should contest more seats in the forthcoming assembly elections since it was a bigger party in the state. 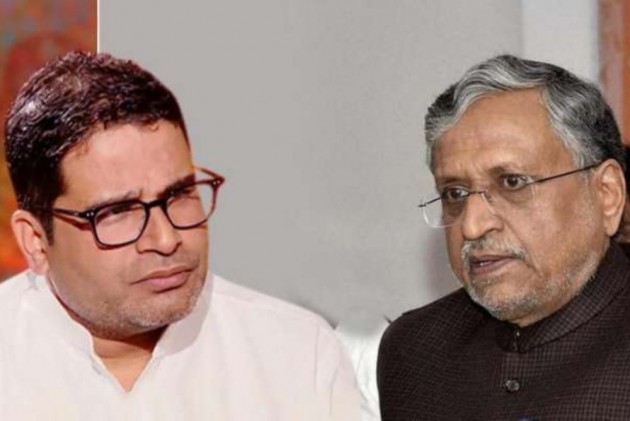 Kishor, one of the most vocal critics of controversial Citizenship Amendment Act (CAA) and NRC despite his party supporting the law in the Parliament, has, over the past few days, stressed  that JD(U) should contest more seats in the forthcoming assembly elections since it was a bigger party in the state.

Taking to Twitter, Kishor outlined that in Bihar, Chief Minister Nitish Kumar's leadership and the role of JD(U) as the biggest party was decided by the people of Bihar and not by the leader of another party or top leadership.

"It is a pleasant experience" to hear "lectures on political dignity and ideology" from Sushil Modi, who became Deputy Chief Minister even after the "defeat in 2015" due to "circumstances".

Kishore's response came after Sushil's scathing tweet targeted him. Though Sushil did not mention Kishor's name, he said: "A person running a business for profit first tries to create a market for his service, thinks about the welfare of the country later."

Sushil further added: "... people, who didn't enter politics because of their ideology but by running a company that collects election data and frames slogans, are hell-bent on benefiting the opposition alliance by making remarks against the (NDA) alliance."

Kishor's I-PAC, an advocacy group has been providing services to Trinamool Congress in West Bengal and reportedly to Arvind Kejriwal-led Aam Aadmi Party in Delhi, as well.

Both the Trinamool and the AAP are staunch opponents of the BJP. This is in spite of Kishor being a JDU leader, which is an NDA ally.

On Tuesday, Bihar Chief Minister and JD(U) president Nitish Kumar, however, asserted that "all is well" in the NDA despite heated exchange between Kishor and Sushil Modi.

"All is well" was Kumar's terse reply as he walked past a posse of journalists who waited eagerly for him to speak on the turmoil that engulfed the alliance.