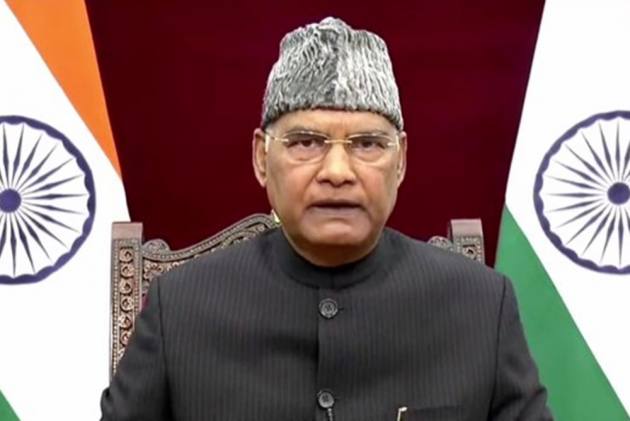 Thirty 30 NRIs and Indian-origin people and organisations were conferred the Pravasi Bharatiya Samman Award by President Ram Nath Kovind at a virtual event on Saturday while external affairs minister S. Jaishankar invited the Indian diaspora to be part of the country's efforts to emerge stronger from the coronavirus crisis.

President Kovind also delivered the valedictory address on the third and final day of the 16th Pravasi Bharatiya Divas celebrations.

I convey my heartiest congratulations to all the Pravasi Bharatiya Samman Awardees. I appreciate their efforts to promote better understanding of India abroad, contribute to social & humanitarian causes, and build closer links between India and their adopted countries. pic.twitter.com/r6CTdBn8OK

The award is the highest honour conferred by the President of India as part of the Pravasi Bharatiya Divas (PBD) Conventions on a Non-Resident Indian (NRI), Person of Indian Origin (PIO), and organisation or institution established and run by NRIs or PIOs.

Rhuggenaath, Santokhi and Radhakrishnan were awarded for their public service.

Mukhesh Aghi, president and CEO of US-India Strategic Partnership Forum, was also among the awardees.

In an acceptance speech on behalf of all awardees, Aghi said this award represents the very best of India from all over the world linking our 'janambhumi' (homeland) with our 'karambhumi' (the country where one works).

A Jury-cum-Awards Committee with Vice-President M. Venkaiah Naidu as the chairman and external affairs minister S. Jaishankar as the vice-chair and other distinguished members from various walks of life considered the nominations for the Pravasi Bharatiya Samman Awards, 2021, and unanimously selected the awardees, the external affairs ministry said in a statement.

In an address at the event, Jaishankar said the objective of the Aatmanirbhar Bharat (self-reliant India) initiative is to build greater capacities and enhance the country's contribution to the world.

Hailing the Indian diaspora community, the external affairs minister described it as an extended family "transplanted from the motherland to distant shores", adding that it has now "flourished into an evergreen tree, with its lush branches spreading across all the regions and continents".

"Certainly, it is our ambition to build the capacities and strengths commensurate to one of the leading economies of the world. To do that, we recognise the need to think, plan and act more strategically. What is underway may be a national endeavour, but it is one very much based on global partnerships," Jaishankar said.

He mentioned India's consistent efforts to make it easier to do business in the country for both domestic and global players.