On Monday, President Trump claimed during a press conference with visiting Pakistan Prime Minister Imran Khan that Prime Minister Modi had asked him to mediate in the dispute with Pakistan. 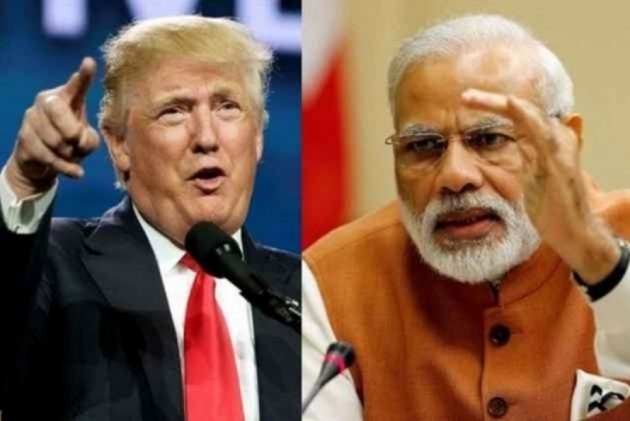 US Congressman Brad Sherman on Monday said he apologised to India's envoy in Washington Harsh Vardhan Shringla over President Donald Trump's "amateurish and embarrassing mistake" of offering to mediate in the Kashmir issue.

"I just apologized to Indian Ambassador Harsh Vardhan Shringla for Trump's amateurish and embarrassing mistake," he tweeted on Monday.

"Everyone who knows anything about foreign policy in South Asia knows that India consistently opposes third-party mediation re Kashmir (sic). Everyone knows PM Modi would never suggest such a thing. Trump's statement is amateurish and delusional. And embarrassing," he said.

On Monday, President Trump claimed during a press conference with visiting Pakistan Prime Minister Imran Khan that Prime Minister Modi had asked him to mediate in the dispute with Pakistan.

India immediately rejected Trump's assertion. "No such request has been made by Prime Minister Narendra Modi to the US President," External Affairs Ministry spokesperson Raveesh Kumar said in a tweet.