Chief Minister Biplab Kumar Deb had said in September last year that some newspapers are 'getting over-excited and trying to confuse people. Neither history nor I will forgive them' 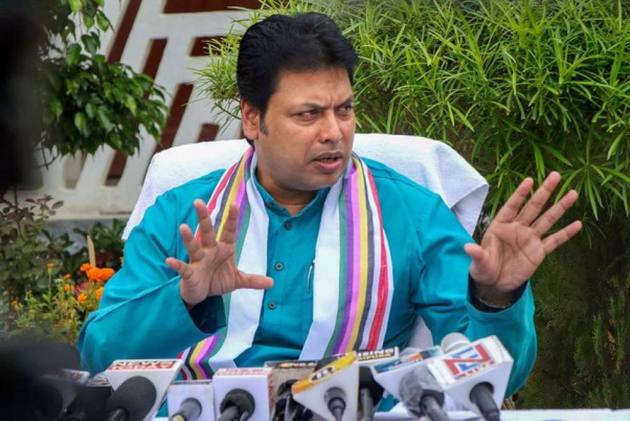 The Press Council of India has sought a response from the Tripura government on a complaint filed by a journalists' body in the capital city Agartala, alleging that the media in the state is under threat and scribes are being attacked.

Anupama Bhatnagar, secretary of the PCI, had recently written a letter to the chief secretary, home secretary, and Director General of Police (DGP) of the state on the basis of the complaint filed by the Assembly of Journalists (AOJ).

"Chairman, Press Council of India has decided to take cognisance in the matter... and I have been directed to file your comments within two weeks from the date of receipt of this letter to enable the council to determine further course of action," Bhatnagar wrote.

Record Number Of Journalists Have Been Jailed This Year Globally

State Home Secretary Saradindu Choudhury said the state government has received the letter and it is yet to reply.

In a release issued on Tuesday, AOJ had said: "The chief minister (Biplab Kumar Deb) had threatened the media during an event at Sabroom sub-division on September 11.

"Encouraged by this, anti-socials and miscreants sheltered under the umbrella of the ruling party are organising constant attacks on the media. At least 23 journalists have been attacked in Tripura in the last six months following the chief minister's threat."

Deb had said in Sabroom sub-division of Tripura's South district in September last year that some newspapers are "getting over-excited and trying to confuse people. Neither history nor I will forgive them".

However, the CM's media advisor, Sanjoy Mishra said his comments were misinterpreted.