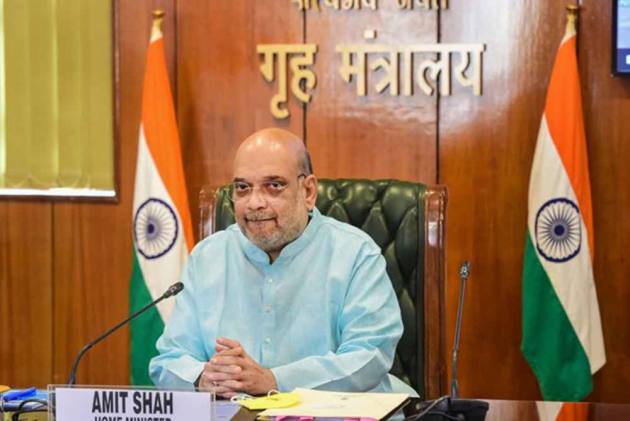 Meghalaya could be looking at yet another spell of disturbance over the long-standing demand for implementation of inner line permit (ILP) in the state after Union Home Minister Amit Shah steered clear of making any commitment during his much-awaited meeting with pressure groups on Saturday, thus leaving them “disappointed”. The ILP is seen as a shield against entry of illegal immigrants, the northeast’s perceived scourge for long.

According to reports, the pressure groups were given about half-an-hour’s time with the home minister but as soon as they made their submission, Shah reportedly told them to move on to other issues, if any, or end the discussion. That abruptly brought the curtains down on the meeting, angering the groups.

Later, KSU president Lambokstarwell Marngar told reporters they were disappointed with the minister’s attitude. “We were hoping he would say something, but he kept mum. We are in the dark about the government’s stand on our demand for ILP,” he said adding that Shah had insulted the indigenous people of the state. He said they only wanted the government to make its stand clear on the ILP issue. “He also disrespected the 60 MLAs of the state, who had unanimously passed an official resolution seeking the ILP in 2019,” Margnar stated.

The KSU leader said the groups would soon meet to discuss their next course of action amid the ongoing pandemic. “We have to find a cure to this virus that has been affecting our indigenous community for the past many years,” he said.

Expressing his disappointment, CoMSO chairman and HYC president Robertjune Kharjahrin said, “We want to know the stand of the Centre and why they are not granting us ILP like other states. This government approved ILP for Manipur in 2019.”

Stating that the Centre should fulfil the aspirations of the people of the state, he said they had not lost hope. “We will come back stronger, the fight will continue,” he said.

However, state Cabinet minister Hamlet Dohling said Shah had assured the state government that he would look into the demand. The state’s Cabinet ministers had met Shah during which Dohling had raised the matter and said it was a long-standing demand to which the home minister said he would examine the issue and inform the government.

The ILP is applicable in Mizoram, Nagaland, Arunachal Pradesh and Manipur. Manipur along with Dimapur district in Nagaland were brought under the regime’s ambit in December 2019 just ahead of the passage of Citizenship (Amendment) Act. Dimapur was hitherto kept out of its purview being the commercial hub of the state and its cosmopolitan nature. The CAA excludes areas under the ILP and Sixth Schedule to the Constitution which covers tribal areas of Assam, Meghalaya, Mizoram or Tripura. The Inner Line Permit was implemented as part of the Bengal Eastern Frontier Regulation of 1873 and was enacted to protect the commercial interests of the British Empire by preventing its subjects (at the time, Indians) from trading in these regions.

Shah was on a two-day visit to Meghalaya during which he also addressed a meeting of chief ministers, police chiefs and chief secretaries of all the eight states of the northeast and discussed a host of issues like interstate border disputes, internal security, drug trafficking, tourism and the economy.