Preventive Detention Can Only Be Invoked If Detenu Is Likely To Affect Public Order: SC

One can only be considered as a threat to public order if he/she can create a sense of harm, danger or alarm or a feeling of insecurity among the general public, the Supreme Court observed 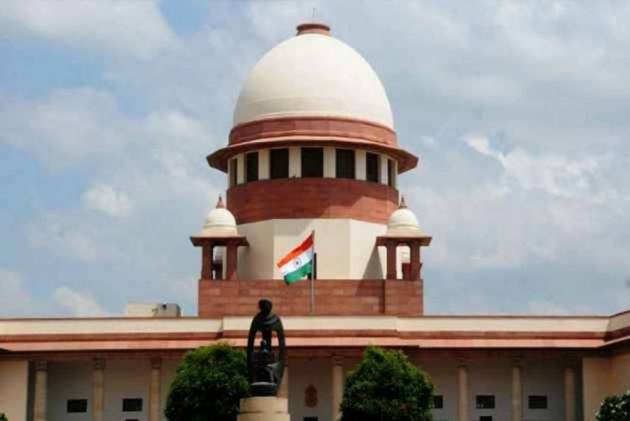 For public order to be disturbed "there must in turn be public disorder", the Supreme Court noted on Monday ruling that a preventive detention order can only be passed if the detenu is likely to adversely affect the maintenance of public order.

The apex court further noted that one can only be considered as a threat to public order if he/she can create a sense of harm, danger or alarm or a feeling of insecurity among the general public or any section thereof or a grave widespread danger to life or public health.

The SC noted that authorities cannot invoke a preventive detention order for merely hindering any detenu from obtaining anticipatory bail.

The court made the observations while quashing the Telangana government's detention order against a man, booked in several criminal cases related to fraud and forgery.

A bench of Justices R F Nariman and B R Gavai allowed the appeal against the Telangana High Court order dismissing the plea filed by a woman challenging the detention order passed against her husband under the Telangana Prevention of Dangerous Activities Act (TPDAA).

It said that while it cannot seriously be disputed that the detenu may be a “white collar offender” as defined under provisions of TPDAA, yet a preventive detention order can only be passed if his activities adversely affect or are likely to adversely affect the maintenance of public order.

Multiple FIRs were lodged against the woman's husband for cheating, fraud and criminal breach of trust but he had been successful in getting anticipatory bail/bail in all the cases against him.

“We, therefore, quash the detention order on this ground. Consequently, it is unnecessary to go into any of the other grounds argued by the learned counsel on behalf of the Petitioner. The impugned judgment is set aside and the Detenu is ordered to be freed forthwith. Accordingly, the appeal is allowed,” the bench said.

It said that in the facts of this case, it is clear that at the highest, a possible apprehension of breach of law and order can be said to be made out if it is apprehended that the detenu, if set free, will continue to cheat gullible persons.

“There can be no doubt that for ‘public order’ to be disturbed, there must in turn be public disorder. Mere contravention of law such as indulging in cheating or criminal breach of trust certainly affects ‘law and order’ but before it can be said to affect ‘public order’, it must affect the community or the public at large”.

It said that this may be a good ground for the state to appeal against the bail orders granted and/or to cancel bail but “certainly cannot provide the springboard to move under a preventive detention statute”.

The bench, while referring to earlier verdicts of the court in Madhu Limaye case of 1970, on the interpretation of ‘public order’ said that “to tear these observations out of context would be fraught with great danger when it comes to the liberty of a citizen under Article 21 of the Constitution of India”.

“When a person is preventively detained, it is Article 21 and 22 that are attracted and not Article 19. Further, preventive detention must fall within the four corners of Article 21 read with Article 22 and the statute in question,” it added.

The top court said that to therefore argue that a liberal meaning must be given to the expression ‘public order’ in the context of a preventive detention statute is wholly inapposite and incorrect.

“On the contrary, considering that preventive detention is a necessary evil only to prevent public disorder, the Court must ensure that the facts brought before it directly and inevitably lead to a harm, danger or alarm or feeling of insecurity among the general public or any section thereof at large,” it added.

“There can be no doubt that what is alleged in the five FIRs pertain to the realm of ‘law and order’ in that various acts of cheating are ascribed to the detenu which are punishable under the three sections of the Indian Penal Code set out in the five FIRs."

The bench said that if a person is granted anticipatory bail/bail wrongly, there are well-known remedies in the ordinary law to take care of the situation and the state can always appeal against the bail order granted and/or apply for cancellation of bail.

It said that in the facts of the present case the main ingredients like harm, danger or alarm or feeling of security among the general public spoken of in the Act are “totally absent” and the real reason being that the man was successful in obtaining anticipatory bail/bail orders in the cases lodged against him.

The detention order was issued against the man under the provisions of the TPDAA dated September 28, 2020 and it referred to the five FIRs that have been filed against the detenu, under sections of forgery, fraud and criminal breach of trust.

The top court said the facts contained in the FIRs are similar in nature and range from October, 2017 to December, 2019.