PM Modi could not attend the funeral of the former finance minister as he was away from the country on a three-nation visit to France-UAE-Bahrain. 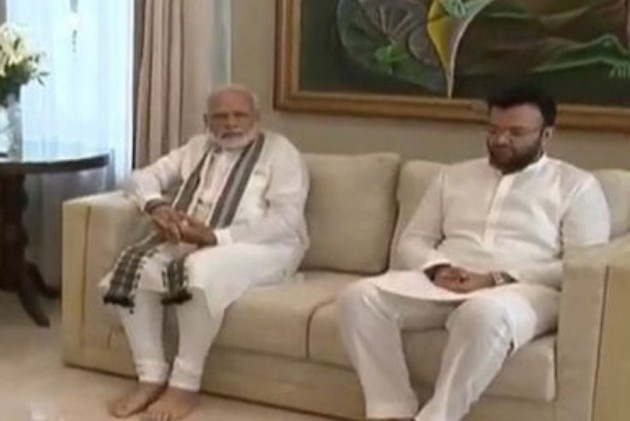 Jaitley (66), a former Union minister, passed away at the All Institute of Medical Sciences (AIIMS) here on Saturday.

Other family members were also present when Modi walked in and spoke to Jaitley's wife and children. He also offered floral tributes to the departed leader. The prime minister spent about 20-25 minutes at Jaitley's residence.

Modi was on a three-nation tour when the senior leader of the ruling Bharatiya Janata Party (BJP) passed away. He had spoken with Jaitley's wife Sangeeta and son Rohan on Saturday.

Rohan immersed his father's ashes in the Ganga in Haridwar on Monday.