The aircraft crashed after one of its wheels got stuck in a wire during landing. 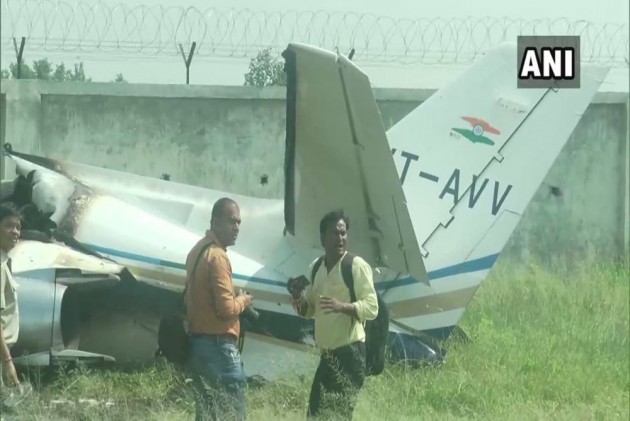 A trainer aircraft VT-AVV on Tuesday morning crashed at Aligarh Dhanipur airstrip. However, no injuries were reported, officials said.

Six people were on board the private trainer aircraft when it crashed, ANI quoted the City Magistrate as saying.

The aircraft crashed after one of its wheels got stuck in a wire during landing.

A relief and rescue team has reached the spot. Sources said that the aircraft was flying in from Delhi to Aligarh.