In a statement issued to Mirror.co.uk, a police spokesperson said that they were alerted about the actor's visit to the salon on Wednesday evening. 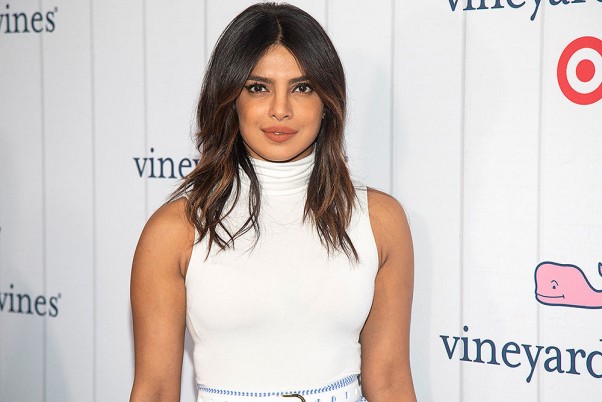 Soon after reports of Priyanka Chopra Jonas violating the lockdown guidelines for a salon visit were published by different British media outlets, the actor issued a statement where she denied any breach of Covid-19 rules in London, UK.

Under the UK's Covid-19 lockdown rules, hair salons must remain closed, and business owners could be fined up to 10,000 pounds for any sort of breach of lockdown rules.

According to a report, Priyanka Chopra Jonas, who is currently in the city for the shooting of her next film "Text For You", was at the Josh Wood Colour salon in Notting Hill with her mother Madhu Chopra when the police were alerted of the breach.

The police officials reached the salon to give a verbal reminder to the owner and no fine was imposed.

In the statement, the actor's spokesperson said Priyanka was in the salon for the purpose of the film and the exemption paperwork permitting her to be at the facility was provided to the police.

"Following government guidance, Priyanka’s hair was colored for the purpose of the film she is currently shooting in London. The salon was opened privately for the production and everyone involved had been tested and followed both the DCMS working guidelines and the film production regulations.

"Film and TV production is permitted to continue in the UK, and locations can continue to accommodate shoots and recces that are carried out in line with government guidelines. The exemption paperwork legally permitting her to be there was provided to the police, and they left satisfied," the spokesperson said.

In a statement issued to Mirror.co.uk, a police spokesperson said that they were alerted about the actor's visit to the salon on Wednesday evening.

"Police were alerted at around 17:40hrs on Wednesday, 6 January to reports of a Covid breach taking place within a hairdresser on Lansdowne Mews, Notting Hill.

"Officers attended and the owner of the salon was given a verbal reminder of the important need to comply with all regulations regarding Covid-19 and signposted to other sources of advice. No fixed penalty notices were issued," the statement read.

"Text For You" is inspired by the 2016 German-language box office hit "SMS Fur Dich", which is based on Sofie Cramer's popular novel of the same name.