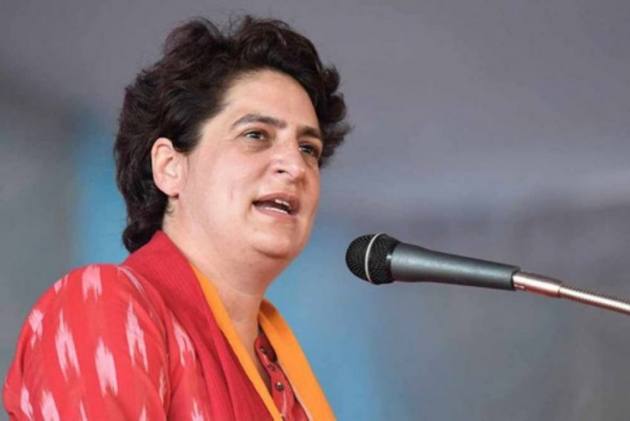 Congress general secretary Priyanka Gandhi Vadra  arrived in Lucknow Friday afternoonon for a two-day visit. She will hold meeting with party functionaries and leaders to prepare for next year’s assembly polls.

She moved in a procession through the main roads of the state capital to the Gandhi statue at Hazratganj GPO Park after reaching at Chaudhary Charam Singh Airport.

All through the route, Congress workers warmly welcomed her and showered flower petals at various places.

He said she will hold a meeting with the state executive, office-bearers and district and city unit presidents on Friday at the Congress officer. After that, she will also meet with various farmer organisations.

Priyanka Gandhi will also meet the block Congress presidents of Amethi and Rae Bareli on Saturday, the second day of her tour, and hold a meeting with the office-bearers of the 'Berozgar Manch', a body representing the unemployed.

She is scheduled to return to Delhi Saturday evening, Singh added.