The party's legal minds are likely to study the order and decide whether there are grounds to challenge it. 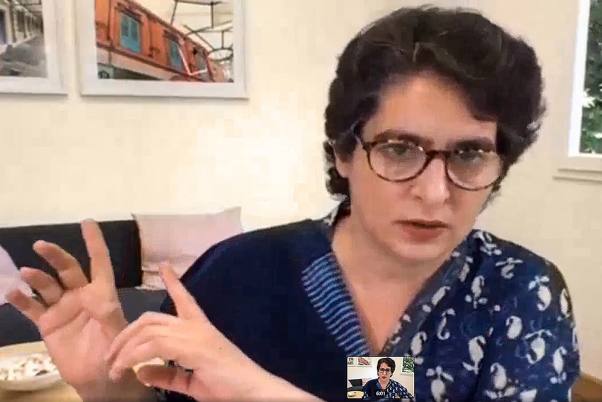 In a letter, the Ministry of Housing and Urban Affairs has asked Priyanka to exit the bungalow on Lodhi Road as she no longer has Special Protection Group security. 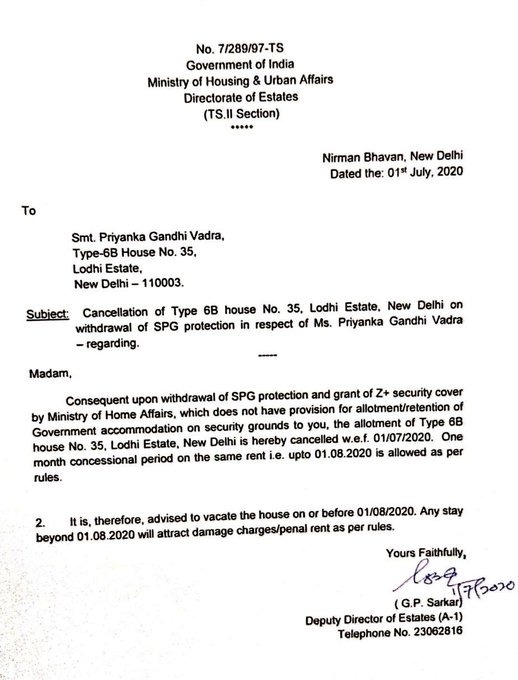 The party's legal minds are likely to study the order and decide whether there are grounds to challenge it.

Sources say the Congress party is wary of going full throttle in attacking the govt on the issue if Priyanka is indeed forced to vacate because doing so may give the BJP a chance to go on the offensive using the argument of Nehru-Gandhi family's sense of entitlement.

Taking strong exception to the Centre’s order,  Punjab Chief Minister Captain Amarinder Singh has urged the Union Government to withdraw the order in the interest of her security and safety.

"Any compromise on Priyanka’s safety could be construed as a political witch-hunt, especially when these orders have come at a time when she has been strongly and unrelentingly criticising the handling of the Covid crisis in Uttar Pradesh, especially the Prime Minister’s parliamentary  constituency of Varanasi," the Punjab Chief Minister said.

The Ministry of Home Affairs in its June 30 communication had said Priyanka Gandhi had been assigned 'Z plus' security with the CRPF cover on the all-India basis, which didn't have any provision for allotment or retention of government accommodation.

The persons with 'Z plus' security cover were not entitled to government accommodation, it said and added, exceptions could be made only by the Cabinet Committee on Accommodation (CCA), based on security perception assessment by the MHA.

"In view of this, she is no longer entitled to government accommodation and her allotment has been cancelled by the Directorate of Estate on July 1, 2020 with the direction to vacate the house within one month," the order said.

As per records, she has accumulated Rs 3,46,677 dues as on June 30, 2020. She has been issued notice to clear dues and rent for the period till she vacates the accommodation.

Such allotments were to be done at the market rate, around 50 times of normal rent. "Later, in July 2003, it was decided to charge special rate of licence fee i.e. 20 times the normal rent from such persons," it said.