Social media and data analytics are set to play a catalytic role in the upcoming elections and the Congress too has upped the ante on this front. 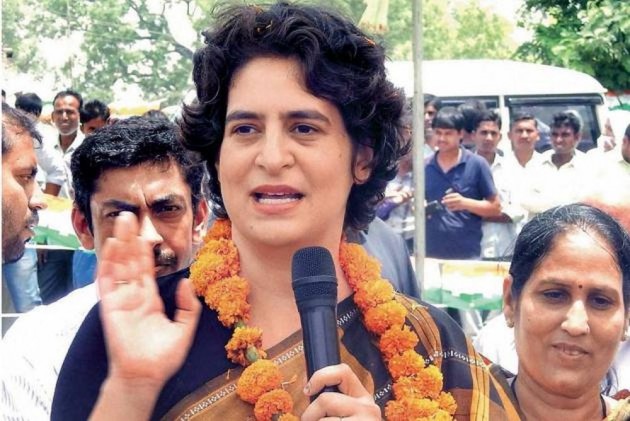 Priyanka Gandhi Vadra, who has finally taken the plunge into politics, may soon log in to the world of social media through Facebook and Twitter from which she had stayed away all along.

After formally assuming the role of Congress General Secretary in-charge of eastern Uttar Pradesh on February 4 at a grand event in Lucknow, she will also make her foray into the social media in her bid to reach out to the masses particularly the youth and women, informed sources to media.

Moving away from its conservative approach, the Congress has been steadily realising the significance of social media in a country where an estimated over half-a-billion people have access to the Internet.

Can Priyanka Gandhi Vadra Deliver East UP To Congress?

Much like the BJP, the Congress too has now built a composite social media ecosystem with most of its leaders active on platforms like Facebook and Twitter. Congress President Rahul Gandhi leads the charge with his often witty and sarcastic posts.

With Priyanka Gandhi Vadra's foray into active politics creating a lot of buzz in politics and outside, the party is keen to cash in on the frenzy with her presence on social media.

According to party insiders, she will begin her social media stint with Facebook and later may join Twitter.

"Currently Twitter has put on hold its verification process, which provides a blue checkmark to public figures. So, we will start with Facebook and later with Twitter," said a source.

Incidentally, a host of profiles with Priyanka Gandhi's name and picture are active on Twitter with all of them either fake or run by fans and followers. The party, therefore, is reluctant for a Twitter profile unless it is verified.

Priyanka Gandhi Vadra's husband and businessman Robert Vadra, who is present both on Twitter and Facebook, incidentally is yet to have his profiles verified.

Social media and data analytics are set to play a catalytic role in the upcoming elections and the Congress too has upped the ante on this front. Dedicated teams are working round the clock charting out strategies to outmanoeuvre the BJP, which stormed to power in 2014 riding on a strong social media ecosystem.

And behind Priyanka Gandhi's social media campaign would be Congress Social Media and Digital Communications head Divya Spandana, who is credited with Rahul Gandhi and his party capturing the narrative in the digital space with tweets and posts often laced with sarcasm and wit.

In the build up to Priyanka Gandhi Vadra's political plunge, the Congress has already started sharing on various platforms, video clips of her old speeches during campaigning for her brother Rahul Gandhi and mother and UPA Chairperson Sonia Gandhi Vadra in previous elections.

Congress workers have also been instructed to create Whatsapp groups to share her videos. Personalised audio and video messages of Rahul Gandhi, Priyanka Gandhi Vadra and Sonia Gandhi appealing to party cadres and voters would also be shared as part of the campaign.

According to sources, Priyanka Gandhi Vadra's social media campaign initially would be confined to issues related to women and youth and problems in east Uttar Pradesh and steadily move towards other national issues as the Lok Sabha battle heats up.

Much like her brother Rahul Gandhi, Priyanka Gandhi Vadra may also have a dedicated YouTube channel where her speeches will be steamed live and interactions with people and the media shared.

"Her entry has created immense enthusiasm in the party rank and file as well as the people. Popularity is the essence in electoral politics and we want cash in on her immense popularity both in the real and the digital worlds.

"Today people across sections have access to smart phones and Internet and social media presence is absolutely necessary for a political leader especially who is a youth icon. Her presence on social media will surely take the wind out of the BJP's sail which has been leading the march at least in the digital world," a leader privy to the development said.

Ever since her formal entry into politics was announced on January 23, there has been a frenzy both in the mainstream and social media. She has been trending on Twitter and Facebook since then and with her presence on social media, the buzz surrounding her is likely to heighten.