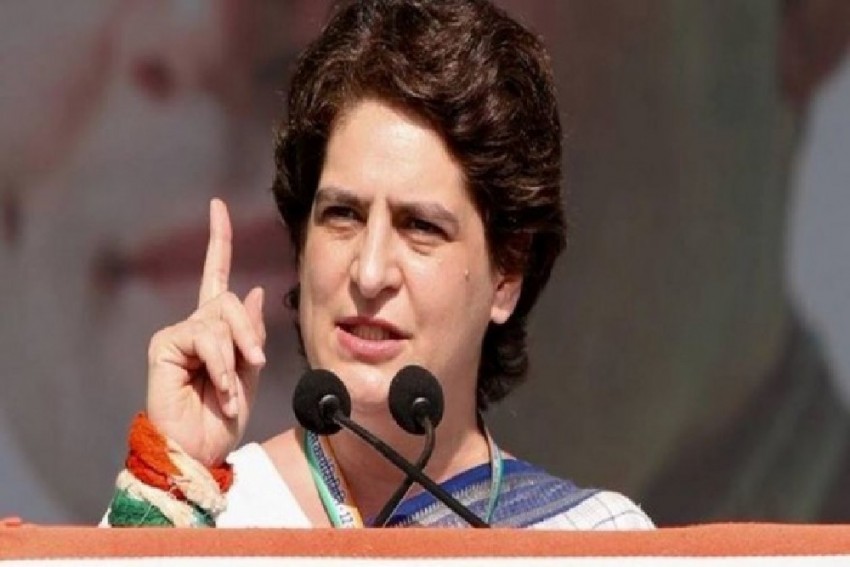 Congress leader Priyanka Gandhi Vadra on Monday slammed the Yogi Adityanath government over the law and order situation in Uttar Pradesh, alleging that fear prevails among the people of the state.

Along with her tweet attacking the state government, Priyanka Gandhi tagged a media report which claimed that an iron trader was kidnapped this morning in Baghpat and Rs one crore was demanded in ransom.

"Those in government make hollow speeches in election meetings. Fear prevails in public," the Congress general secretary in-charge of UP said.

The Congress has been attacking the UP government over the state of law and order, alleging that criminal activities are rampant, a claim denied by the state dispensation.