Priyanka Gandhi Will Not Be A Factor In Lok Sabha Polls: Dinesh Sharma

The people of Uttar Pradesh will reject the 'opportunist' SP-BSP alliance and BJP would increase its tally over that of the last Lok Sabha polls, Uttar Pradesh Deputy Chief Minister said. 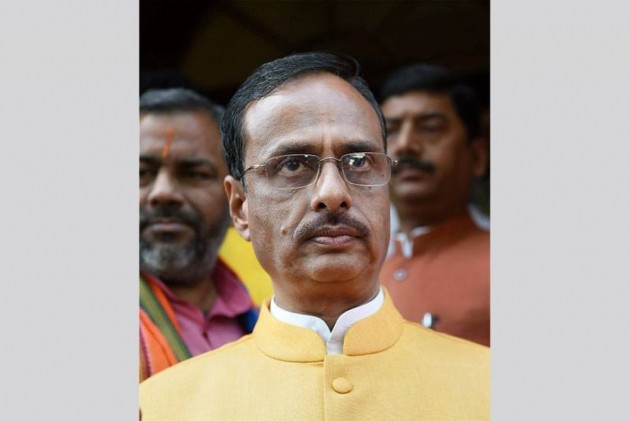 Quoting Priyanka Gandhi's unsuccessful campaigns for the Congress in the last two parliamentary polls, Uttar Pradesh Deputy Chief Minister Dinesh Sharma on Friday said her appointment as Congress general secretary for eastern UP will not be a factor in the coming Lok Sabha elections.

The people of Uttar Pradesh will reject the "opportunist" SP-BSP alliance and BJP would increase its tally over that of the last Lok Sabha polls, he claimed.

"Earlier in the two parliamentary polls Priyanka Gandhi had campaigned for the party, but it had not yielded any results. Our leaders Narendra Modiji, Amit Shahji and UP CM Yogiji will defeat the opposition in the next Lok Sabha polls," he said to questions.

In 2014 Lok Sabha polls, BJP had swept the polls in Uttar Pradesh by winning 71 out of the 80 Lok Sabha seats. Its alliance partner Apna Dal had also won two seats.

"This time the BJP-led NDA will win at least 74 seats from UP this time. Our tally will increase by at least one seat," he claimed.

On Ram Mandir, Sharma said it is a not a political issue but a matter of faith for BJP and asked Congress and other opposition parties to clear their stands on the issue.

"The Ram Mandir issue is not a political issue for us but a matter of faith. And you don't change your faith everyday. We firmly believe that Ram Mandir will be built and we are waiting for the court's verdict," Sharma told reporters in Kolkata.

"The opposition questions the existence of Lord Ram and Ram Setu. They say Lord Ram is a fictional character," he added.

Facing growing pressure to move swiftly on the Ram Mandir issue, the Narendra Modi government Tuesday asked the Supreme Court to allow it to return the "non-disputed" surplus land acquired around the disputed structure in Ayodhya to a Hindu trust and other original owners.