Alongside the poem, Priyanka Gandhi posted a black and white of her younger self playing with Indira Gandhi. 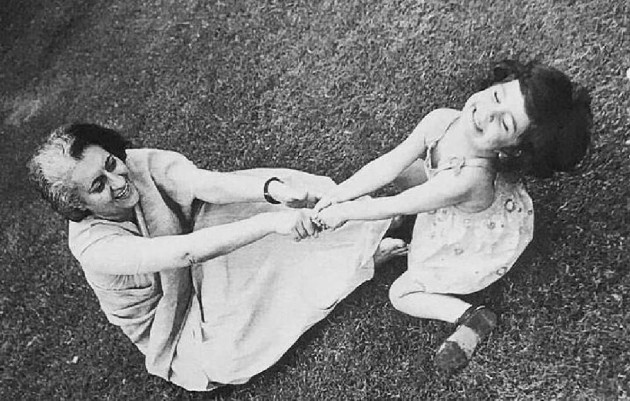 While Priyanka remembered her as the "bravest woman" she knows, Rahul called her the "Iron Lady".

Priyanka, on her twitter page also dedicated a poem to her late grandmother.

"In the fell clutch of circumstance, I have not winced nor cried aloud. Under the bludgeonings of chance, my head is bloody but unbowed. Beyond this place of wrath and tears, looms but the horror of the shade, and yet the menace of the years, finds and shall find me unafraid," she quoted a poem named Invictus by William Ernest Henley.

Alongside the poem, Priyanka posted a black and white of her younger self playing with Indira Gandhi.

"Blessed with strong and capable leadership and amazing management skills, iron lady and my dear grandmother Indira Gandhi, played a key role in establishing India as a strong country. I pay my tribute on her birth anniversary," he tweeted.

The portrait of the former prime minister in the Parliament was garlanded and leaders across party lines paid floral tributes to her. Born on November 19, 1917, to India's first Prime Minister Pandit Jawaharlal Nehru and Kamala Nehru, Indira Gandhi served as the first and only woman prime minister of the country from January 1966 to March 1977 and again from January 1980 until her assassination in October 1984.