The minister also called Priyanka Gandhi Vadra "the wife of a fraud". 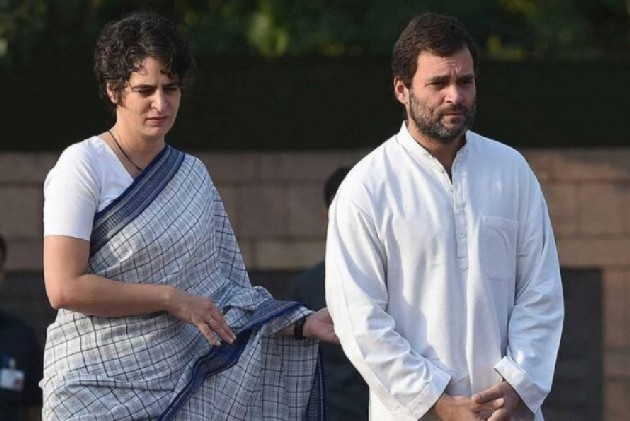 Shukla also called Congress general secretary Priyanka Gandhi Vadra "the wife of a fraud", referring to her husband Robert Vadra who is an accused in land-grab cases.

"We do not take her seriously. Her husband has grabbed the land of poor farmers and she has no moral authority to even speak on such issues. Her brother and mother are on bail in the National Herald case," he said while speaking at a function in Ballia.

"Congress is pro-Pakistan and its ideology is divisive. Rahul and Priyanka are considered role models in Pakistan. The Congress stands with 'tukde tukde' gang and protests withdrawal of Article 370," the UP minister said.

Shukla, 40, is a first-time legislator and was appointed a minister of state in August this year.