Priyanka Reaches Out To PM Modi Through Social Media, Questions Her ‘Detention’

Congress general secretary Priyanka Gandhi questioned her “detention” saying why the person behind the killing of farmers in UP’s Lakhimpur Kheri has not been arrested. 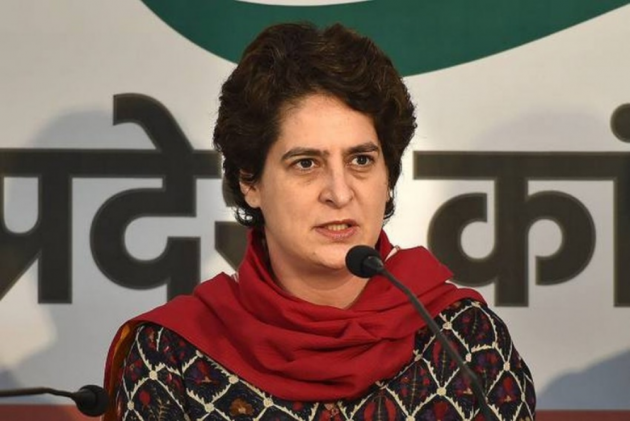 In her outreach to Prime Minister Narendra Modi through social media, Congress general secretary Priyanka Gandhi Vadra asked the later why she has been put under “detention for the past 28 hours” without any formal order or FIR.

Vadra also questioned why the person behind the killing of four farmers in Uttar Pradesh’s Lakhimpur Kheri has not been arrested.

She was detained in Sitapur on Monday on her way to Lakhimpur Kheri, where eight people died and several others were injured on Sunday in the bloodiest clash, since the farmers' protest over the Centre's agri laws began last year.

Priyanka Gandhi on Tuesday shared a video on Twitter, which showed a group of protesting farmers being mowed down by an SUV.

"@narendramodi ji your government has detained me for the past 28 hours without any order or FIR. Why the person who ran over farmers has not been arrested yet?" she said in a tweet in Hindi.

Congress media and communication vice chairman Pankaj Srivastava said the party general secretary, who was detained at 4.30 am on Monday, has been in detention for the past 28 hours.

"She is not being allowed to meet her lawyers and the administration is not telling her reasons for her detention," he said.

"The prime minister is coming for a celebration in Lucknow while the farmers of Lakhimpur are waiting for justice," he added

Four of the dead were farmers, allegedly knocked down by vehicles driven by BJP workers travelling to welcome Uttar Pradesh Deputy Chief Minister Keshav Prasad Maurya to an event in the area.

The others were BJP workers and their driver, allegedly pulled out of the vehicles and then lynched by the protesters.