Priyanka Waves At Maneka, She Looks Away

The two ladies come face to face in UP’s Sultanpur. So far, the Gandhis had avoided campaigning against Maneka and Varun Gandhi 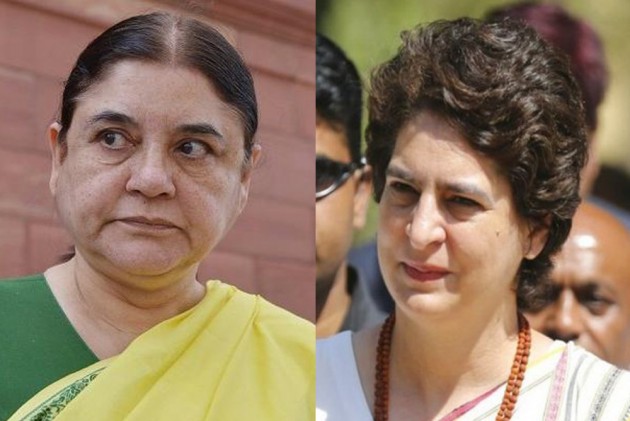 It was a moment that neither of them had looked forward to and, expectedly, one of them looked away when the moment came.

Congress general secretary Priyanka Gandhi was holding a roadshow in Sultanpur on Thursday evening for Congress candidate Sanjay Sinh when the convoy of BJP candidate Maneka Gandhi that was coming from the opposite direction got caught in the traffic jam.

Within minutes, the police cleared the roadblock and Maneka Gandhi's convoy moved on.

Later, when asked, Maneka Gandhi refused to comment on Priyanka Gandhi's presence in her constituency.

Priyanka Gandhi, however, told reporters that she was campaigning in favour of her party candidate and not against anyone.

The Gandhis have avoided campaigning against Maneka Gandhi and her son Varun Gandhi.

In 2014, when Varun Gandhi was contesting from Sultanpur, Priyanka Gandhi had only held a workers' meeting in Sultanpur, a video of which later went viral.