Before answering a direct question on his sister Priyanka Gandhi Vadra, Rahul Gandhi said, 'Being from the Gandhi family has its own advantages and disadvantages, and you deal with it.' 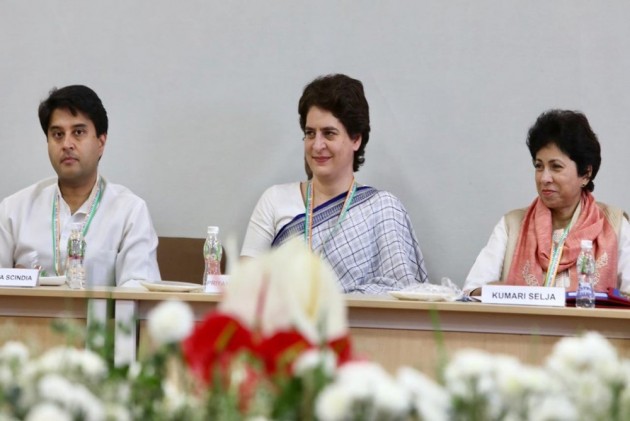 Congress President Rahul Gandhi has finally broken silence on the internal democracy within the grand old party in an exclusive interview to Outlook.

Before answering a direct question on his sister Priyanka Gandhi Vadra, Rahul said: "Being from the Gandhi family has its own advantages and disadvantages, and you deal with it. "

When quizzed about the direct appointment of Priyanka to the post of general secretary as soon as she formally stepped into politics, Rahul defended the party decision, saying you ask any party member if they wanted to see her as general secretary and you will get the answer.

"The demand for Priyanka to play an organisational role in the party has come from the across the Congress Party. I’m just listening to its voice and acting accordingly," he said, after being told that there were millions of Congressmen still struggling at the bottom of the rank.

Also Read | Had Modi Reshaped Himself, He Could Have Been A Great PM: Rahul Gandhi

Asked if there was "inherent unfairness" in party's decision, Rahul said the Congress has a large number of first generation leaders, holding positions of great importance, and they don't come from political families.

"Like Bhupesh Baghel Ji, Ashok Gehlot Ji and many others. There are also others who come from political families like Jotyraditya Scindia and Rajesh Pilot. They are all great assets to the party. So I don’t think the Congress Party is unfair," he said.