Six members of the BJP leader’s family were wounded in the attack. 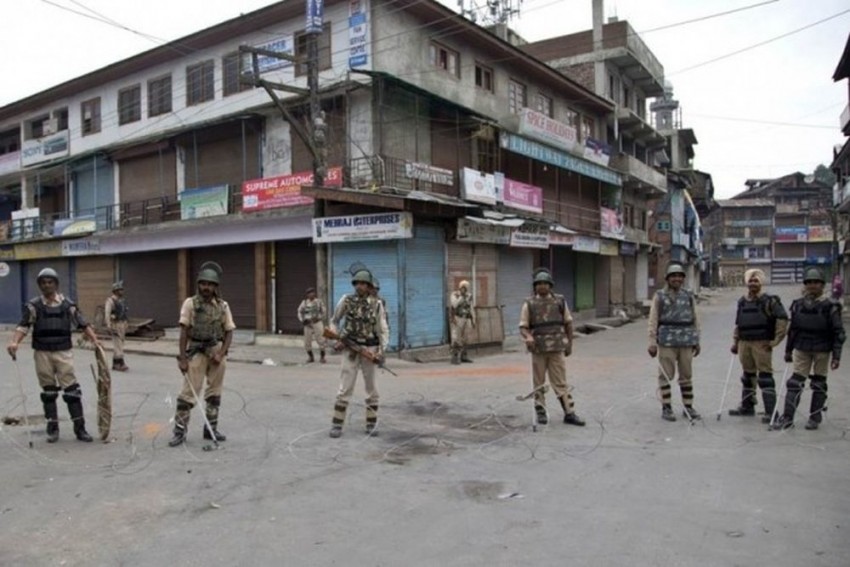 Hundreds of people in the Rajouri district of Jammu Friday staged protest against a grenade attack on the BJP Mandal president in Rajouri town which killed his two-year-old nephew and wounded six members of his family.

The police said unknown militants Thursday evening hurled a grenade at the house of Jasbir Singh, 36 when he and his brother Balbir Singh’s families were sitting in the gallery of the house, injuring seven members of the two families. Later two-year-old nephew of the BJP leader Veer Singh succumbed to injuries at the government college Rajouri. The police called it a terror act. The police said they have started an investigation into the incident and they have got the leads also but they would be sharing them at an appropriate time.

Jammu and Kashmir Lieutenant Governor Manoj Sinha condemned the grenade attack and said perpetrators will be brought to justice.

“Strongly condemn the cowardly attack in the house of a political leader in Rajouri in which a 2-year old child was killed &others were injured. My deepest condolences to family and prayers for early recovery of injured. Perpetrators of this heinous act will be brought to justice soon,” tweeted office of Lieutenant Governor. BJP National President JP Nadda condemned the attack. “Grenade attack on BJP Leader Jasbir Singh’s house in Khandli area of Jammu and Kashmir’s Rajouri. I strongly condemn the terrorist attack and urge local administration to take immediate action on it. The entire BJP Stands with Jasbir Singh and other injured people,” Nadda tweeted.

Former Chief Minister Mehbooba Mufti condemned the grenade attack in Rajouri.  The police and the para-military personnel conducted searches till late tonight in and around the town but no arrests were made immediately.

Soon after the attack, protests broke out in the GMC Rajouri with family members and locals shouting slogans against civil administration for lack of facilities in the hospital. They also blamed the police for not providing security cover to the BJP leader. The protesters alleged that there was only one doctor available in the hospital. The DIG Vevik Gupta visited the hospital a few minutes after the attack to see the wounded. One of the family members told the officer that in view of August 15 the government had a responsibility to visit the places around and ensure security.

On June 3 evening, militants shot dead BJP councilor, Rakesh Pandit when he was in Tral area without his two security guards provided by the police for his security.