Some of the protesting farmers allegedly tried to block Khattar's motorcade, attempt thwarted by police 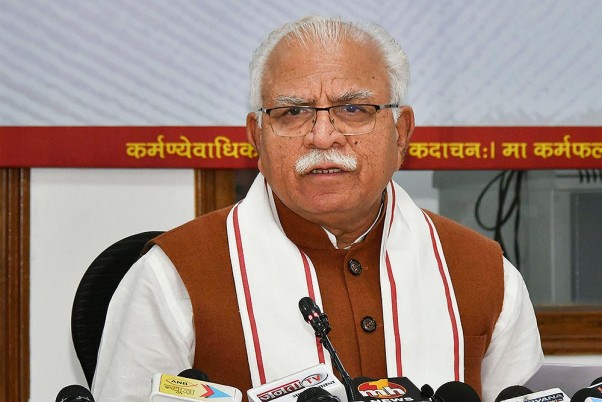 A group of farmers protesting against the Centre's new agri laws on Tuesday showed black flags to Haryana Chief Minister Manohar Lal Khattar when his convoy was passing through Ambala City, sources said.

Some of the farmers allegedly tried to block Khattar's motorcade but police managed to provide a safe passage to the chief minister, sources said.

Khattar had come to Ambala to address public meetings in support of party's mayoral and ward candidates for the upcoming civic bodies polls.

The farmers waved black flags at the chief minister's convoy while it was crossing the Agrasen Chowk. They also raised slogans against the government and said that they would continue to protest till the three farm laws are not repealed.

A large number of police personnel were deployed near the Chowk.

The farmers had gathered at the grain market and also tried to block the Ambala-Hisar highway.

Kataria is BJP MP from Ambala.

Almost two weeks later, BJP MP Nayab Singh Saini faced the ire of farmers in Yamunanagar as they raised slogans against the Centre for not repealing the three agri laws.