‘Proud To Be Flown By A Lady’, Says Priyanka Gandhi Praising Her Helicopter Pilot

The Congress leader was flying to Uttar Pradesh's Fatehpur Sikri for an election rally. 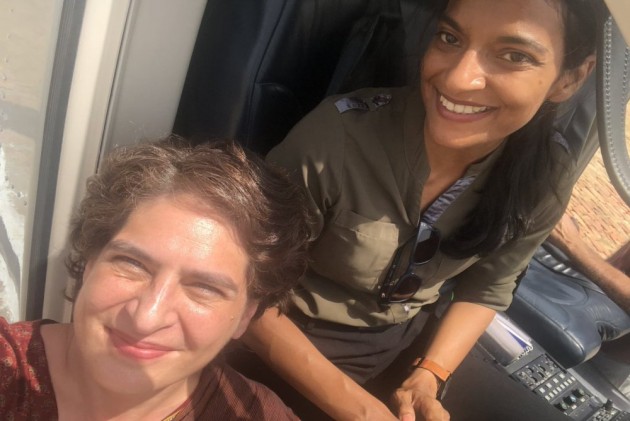 Congress General Secretary, Priyanka Gandhi was full of praise for the female helicopter pilot who flew her on her chopper, for a rally held at Fatehpur Sikri on Monday, April 15.

The Congress leader took to her twitter handle, and posted a picture of her and the pilot along with the caption, “"So proud to be flown by a lady today, that too in a chopper!"

So proud to be flown by a lady today, that too in a chopper! pic.twitter.com/PAkAuxAcgm

In the rally, she addressed several issues, particularly about 'nationalism,' reported News 18.