Proxies Of Bahubalis: Bihar Voters Caught Between The Devil And The Deep Sea 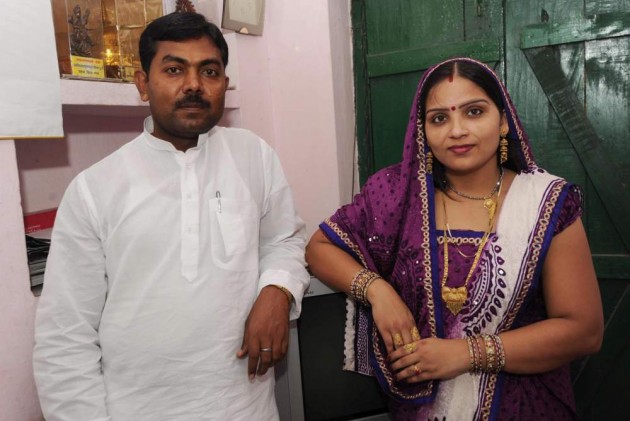 The voters in Siwan in Bihar are caught on the horns of an old dilemma again, as they have to choose between Scylla and Charybdis in the ensuing Lok Sabha elections.

The RJD-led Mahagathbandhan has fielded Hena Shahab while Kavita Singh is in the fray on the JD-U ticket from the prestigious seat. The sole claim of both these ladies to fame is that they are the better halves of the local dons, who have been at daggers drawn over the years.

Hena is the wife of Mohammed Shahabuddin, a four-term MP of Lalu Prasad Yadav’s party who ruled the roost in the constituency before the long arms of the law caught up with him. Convicted in multiple murder cases, he has been languishing in jail for over a dozen years and stands debarred from contesting any election. Hence, his wife has been fielded as his proxy candidate once again. 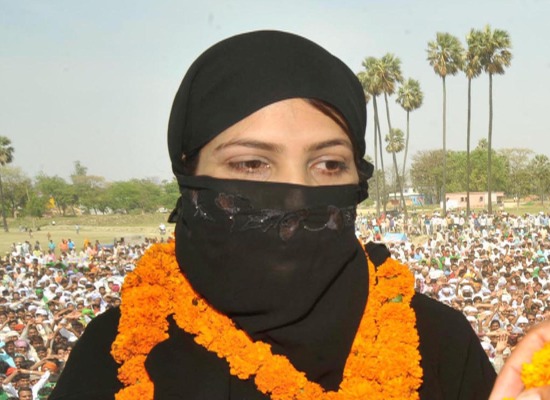 Kavita’s husband Ajay Singh is a local baahubali (strongman), too, who was denied ticket by Chief minister Nitish Kumar because of a slew of criminal cases pending against him. However, the JD-U has had no qualms in giving the party ticket to his wife.

Kavita’s credentials are, of course, better than Hena’s in the electoral battleground. She has been a two-term MLA from Daraunda, one of the key assembly constituencies under Siwan Lok Sabha constituency. Hena has had no such luck since she was defeated twice in a row in 2009 and 2014 general elections.

There is an interesting history behind Kavita’s entry into politics. Her husband Ajay’s mother Jagmato Devi was a two-term JD-U legislator from Daraunda, who passed away in 2011. In the ensuing by-election, Ajay staked claim to the “family” seat but Nitish turned him down at the time owing to his criminal record. Instead, he was advised to either get married or field any relative of his choice in the by-poll.

A bachelor then, Ajay thought it wise to marry and field his newly-wed wife. He went on to place a matrimonial advertisement in the newspapers for a suitable girl who could stand as his proxy candidate in the by-election. Out of the 16 responses, a post-graduate student Kavita was finally selected to be his spouse.

But there was still a hitch. The by-election was scheduled to be held during the Pitripaksha, a fortnight-long period generally considered inauspicious for wedding ceremonies. Since the last date for filing nominations could not have been extended at his will, Ajay decided to get married in a tearing hurry at a local temple so as to enable his spouse to contest the by-poll just in the nick of time. It goes without saying that she emerged a winner and went on to repeat her performance in the 2015 assembly elections. Now, with some experience of legislative business, she finds herself pitted against Hena.

Incidentally, Shahabuddin had won the Lok Sabha polls four times in a row from 1996 onwards but after he was put behind the bars, his wife lost twice to Om Prakash Yadav, who contested first as Independent in 2009 and then as the BJP candidate in 2014. This time, the BJP has not given the ticket to Yadav because the seat has gone to the JD-U quota. Siwan will go to polls on May 12 and it remains to be seen whether Yadav, who is quite popular in the area, decides to enter the fray as an independent again to give the contest a triangular twist. But, as of now, the Siwan voters have to choose between the proverbial Tweedledum and Tweedledee.

A similar situation exists in the Nawada constituency where the kin of two other baahubalis are locked in a direct contest. The RJD has fielded Vibha Devi from the seat while Ram Vilas Paswan’s LJP has given the party ticket to Chandan Kumar Singh. Vibha is the wife of RJD’s baahubali MLA Raj Ballabh Yadav, who has been convicted in a minor rape case whereas Chandan is the younger brother of former LJP MP Surajbhan Singh, who has also been debarred from contesting polls since his conviction in a murder case. Polling will be held in Nawada in the first phase on April 11.

Interestingly, Surajbhan had fielded his wife Veena Devi as his proxy candidate on the LJP ticket from Munger seat in 2014. Even though she won the seat comfortably, it is her brother-in-law Chandan, who has been entrusted with the task of carrying forward the family’s political legacy. This time, Munger seat has gone to the JD-U quota and the party has fielded its minister Rajiv Ranjan Singh, better known as Lalan Singh from there.

Lalan was defeated by Veena Devi in Munger last time but as luck would have it, he is facing a don’s wife as his main opponent in this election, too. The Congress has fielded Neelam Devi from Munger, who happens to be the wife of another baahubali Anant Singh, an independent MLA from Mokama, who is an accused in several criminal cases.

It is not as though all spouses of Bihar’s baahubalis are the typical dummy candidates fighting polls at the behest of their muscle-flexing husbands. Ranjeet Ranjan, for one, is the better half of the five term-MP Pappu Yadav, who was once accused in the CPM MLA Ajit Sarkar murder case in Purnia. He has since been absolved of the charges.

Ranjeet is now contesting on the Congress candidate from the Supaul constituency, from where she had won last time. Over the years, the Congress spokesperson has emerged as one of the most articulate parliamentarians from her party and no longer remains under her husband’s shadow. But then, she may well be an exception to the rule in a state where dummy candidates still reflect the enormous clout that the bahubalis continue to wield despite being disqualified from contesting the polls.