PUBG Mobile India Relaunch: Here's Everything You Need To Know

The new game will be available with more interesting features, specially designed for Indian gamers 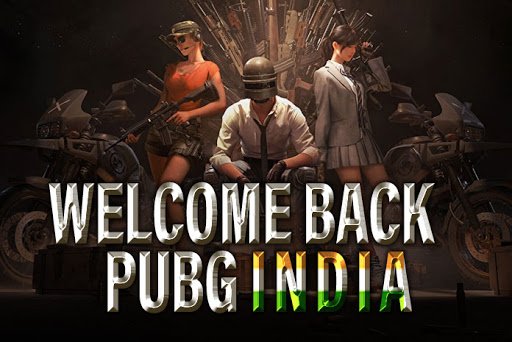 PUBG fans in India might soon receive some good news. If a few recent media reports and speculations in the gaming circles are to be believed, ‘PUBG Mobile India’ may be launched today.

Hopes soared high on Monday when a lot of buzz about the release date and relaunch of the game had spread like wildfire on social media.  However, there has been no confirmation yet.

The video game company released new trailers and a company official, Maxtern claimed on Twitter that the game could be launched on any day between January 15 to January 25.

According to revelations by game developers in mid-November, there are some major changes, specifically made for the Indian market. The new game will be available with features like fully dressed characters, less gory visuals, etc.

Interestingly, FAUG (Fearless and United Guards) is India's indigenously developed game that is believed to have captured the gaming market after PUBG was banned. FAUJ is scheduled to be released on Republic Day, i.e 26 January

India accounted for a significant portion of PUBG MOBILE's downloads and users.

Days after the government ban, PUBG had announced that Chinese company Tencent Games would no longer be authorised to distribute the PUBG MOBILE franchise in India.

The controversy surrounding the game

Previously in December, India's apex child rights body NCPCR denied permission on grounds of human safety. The NCPCR in a meeting said it is not in favour of recommending such games in the country, pointing out the game led to the loss of many lives in the country.