Public Criticism Towards Authorities Is ‘Valid In Lots Of Cases’: Actor Anupam Kher

Terming the state of affairs in the country a ‘war-like’ situation, the actor said people have the right to complain, get angry, and feel helpless. 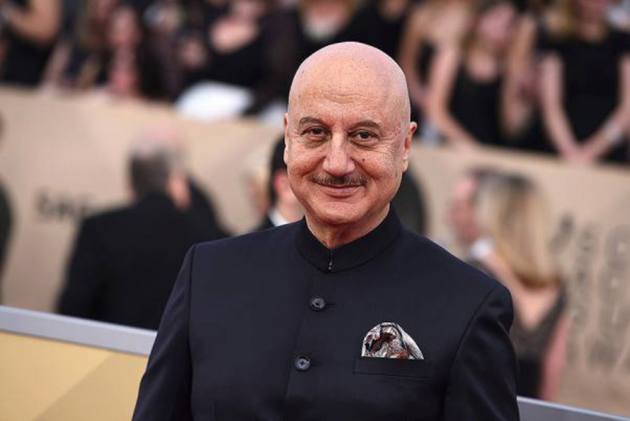 Actor Anupam Kher, who is known to be close to the BJP government at the Centre, on Wednesday said public criticism towards authorities is “valid in lots of cases”. He added that it was important to hold the government responsible for what is happening in the country in the wake of the second Covid wave.

In an interview to NDTV, the former FTII (Film and Television Institute of India) chairperson also said it was time for the government to understand that there's more to life than image building.

But he was quick to add that while the government has "slipped" somewhere in its management of the health crisis, it was wrong for another political party to use the lapses to its advantage.

Asked if the efforts of the government should have been more in providing relief right now than managing their own image and perception, the National Award-winning actor said it is important for the government to rise to the occasion and do things for the people who elected them.

"I think the criticism is valid in lots of cases... Only an inhuman person will not get affected by the bodies floating (in the rivers)," Kher said in a reference to the scores of bodies found floating in the Ganga and other rivers, leading to suspicion that they might be those of Covid-19 patients.

"But for another political party to use it for their gain, I think that is also not right. I think we should, as people, get angry. It is important to hold the government responsible for what's happening. Somewhere they have slipped. It is time for them to understand that there is much more to life than just image building maybe," he added.

The Shimla-born actor said the people are facing a tough time today after having taken "undue advantage of Mother Nature".

"There are problems, pain, anger, frustration, that's obvious... Lot of people say 'You are always so optimistic', but I say there's no other way out for me. Our lives haven't been smooth sailing. It is just that this situation has happened on a world level," Kher said.

Terming the state of affairs in the country a "war-like" situation, the actor said people have the right to complain, get angry, and feel helpless, but it should not hold back on being compassionate towards fellow citizens.

"How can you console someone who has lost a family member due to shortage of oxygen, medical facilities or beds? You can't. But that does not stop life... I lost a friend to corona. I'm still doing my job."

The actor has started Project Heal India to extend support to the needy amid the pandemic. He has collaborated with Dr Ash Tewari, urology (chair) at New York's Mount Sinai Hospital, and Baba Kalyani, managing director of Bharat Forge Ltd.

Together, they have sent medical equipment, including oxygen concentrators and ventilators, to various hospitals in cities such as Mumbai, Kanpur, Delhi, Pune, and Ghazipur.

"I'm assisting humanity, people in pain. I'm helping myself by helping others. That's a natural process of feeling compassion towards others. People have gone out of their way to help each other in times of war, floods, drought, and earthquakes. It's not the first time people are helping each other," he added.

Kher said they are also working towards mental health issues like anxiety, which has developed as a major problem amid the pandemic and lockdown.