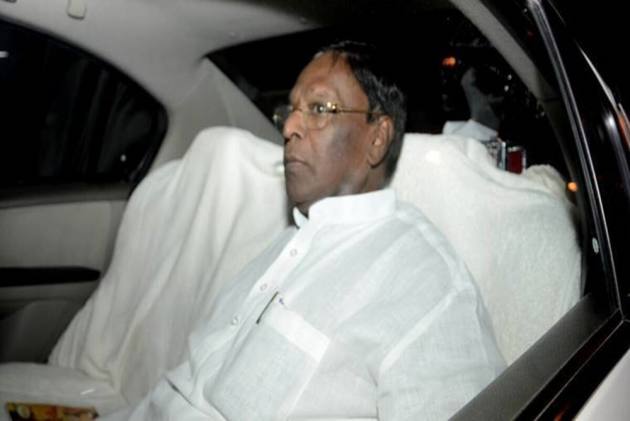 In a major setback for the Congress ahead of the polls in Puducherry,  Puducherry Chief Minister V Narayanasamy and his cabinet colleagues besides ruling side MLAs in the union territory resigned on Monday after the government lost the confidence vote sought by him in the face of its depleted strength of 11 against opposition's 14 in the House.

Narayanasamy tendered his resignation to Lt Governor Tamilisai Soundararajan. Ahead of the trust vote in the Assembly today, the chief minister accused the opposition of trying to topple the government.

"Myself, ministers, Congress and DMK MLAs and independent legislator have tendered resignation and sought it be accepted," Narayanasamy said after meeting Tamilisai.

"Our view that only the elected members can vote in the House was not accepted by the Speaker. So we walked out of the assembly and met the Lt Governor and gave resignation
letter of my cabinet," he added.

“Former LG Kiran Bedi and Central Government colluded with the Opposition and tried to topple the government. It is clear that the people of Puducherry trust us. This is a government elected by the people,” the CM said.

The floor test in Puducherry comes after two Congress MLAs A John Kumar and Lakshmi Narayanan and DMK MLA K Venkatesan resigned from their Assembly membership.